A report by RSM on Australia’s modern miners

The pace of change, the range of issues faced by Australia’s new generation of exploration and development companies on their journey to production,and the outlook for the sector, are all explored in this report.

It also looks at the developments and trends altering Australia’s mineral exploration and development landscape – from advanced technologies to new economic and community expectations.

A report by RSM on Australia’s modern miners

As a so-called mature mining country, Australia was in the early part of this century apparently falling behind other parts of the world in terms of its attractiveness to mineral explorers and investors.

The cost of finding and developing new deposits and mines was too high, comparatively, and significant new discoveries that were being made by Australian companies were being made offshore.

Then the world, and Australia’s place in it, changed. 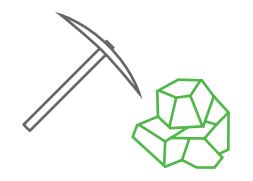 This year alone, the country’s mineral and energy resource sector is forecast to generate $296 billion in export earnings (about 10% of GDP) and will no doubt be key to powering Australia’s recovery from the tumultuous economics of the COVID-19 era.

Boost your mining company’s IT department with automation