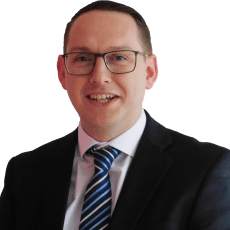 Gordon is an Assurance Director in the George Town, Grand Cayman office of RSM Cayman. He has over 11 years of experience in the accounting and finance sector markets in the UK, the Channel Islands and the Cayman Islands. He began his career with PwC in Scotland, before moving to PwC Channel Islands in January 2011. During his time working in the Channel Islands, Gordon worked mainly on captive insurance and investment fund clients.

After a period of 3 years in the Channel Islands, Gordon joined Grant Thornton Cayman in January 2014 as an audit senior, taking on the role of Assistant Manager from October 2014. During this time Gordon specialized in captive insurance clients.

Gordon joined RSM Cayman in January 2016 as an Assurance Manager and continues to specialize in captive insurance clients, in addition to servicing investment fund industry and fiduciary clients.

Gordon is a graduate of the University of Strathclyde, with a BA (Hons) in Economics.