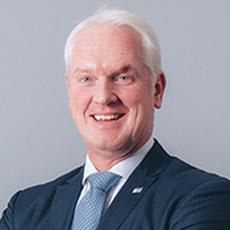 Ian obtained qualifications in Quantity Surveying, Insolvency, Restructuring and Personal Bankruptcy. He also attended and passed the introductory and intermediary preparatory insolvency training courses and given talks and training on Hong Kong Insolvency and Bankruptcy matters. Ian was born in England but has spent more than 20 years in Hong Kong where he completed his studies.

Ian is a Director of RSM Hong Kong with more than 17 years experience on corporate advisory matters with a focus on bankruptcy, formal and informal corporate insolvency, restructuring, independent financial advising, litigation support, arbitration and mediation.

At the beginning of his career with RSM, Ian was involved in a number of large scale construction restructuring matters and was appointed by a steering committee of 13 banks to monitor and advise on the largest restructuring of a main board listed construction company in Hong Kong. He has been involved in over 50 construction related insolvency cases and has played a leading role in the first successful novation of government contracts in Hong Kong. He also took a leading role in the first successful restructuring and sale of a Public Works licensed contractor in Hong Kong. Although Ian has a main focus in the construction sector, he has also worked in other industry sectors as well as assisting funds and private equity firms to realise non-performing investments in Hong Kong and China.

Ian has extensive experience in claims and dispute resolution having worked for a Private Quantity Surveying firm and for a number of law firms in Hong Kong. He has managed and successfully completed a profitable sub-contract at Chek Lap Kok international airport for the five-partner joint venture contracted to build the main terminal building in Hong Kong which at the time was the largest infrastructure project in the world.

More recently, Ian has become a leading figure in advising and working on casino related bankruptcy matters originating from Macau, Singapore, the Philippines and Las Vegas. He has an excellent track record of structuring settlements and work outs for both clients and bankrupts, post bankruptcy order and was amongst the first corporate advisory specialists to have Hong Kong bankruptcy proceedings recognised as foreign main proceedings under Chapter 15 in the U.S.A., Canada and elsewhere. During the last four years, Ian has overseen over 40 high profile bankruptcy cases and has provided advice on bankruptcy proceedings and issues relating to a further 100 cases in Hong Kong.