What is the market in Canada known for?

What are the key countries responsible for FDI business in Canada?

The primary industries receiving investment in Canada were in Services, Manufacturing, Oil and Gas extraction and Finance and Insurance.

Are there publicly funded incentives available for FDI businesses in Canada?

Canada offers a wide array of government incentives to FDI businesses through various provincial and federal grant programs intended to ensure that Canada remains one of the top destinations for business investment. These incentives are in the areas of employment/job creation, investment in workforce skills and training, research and development, strategic innovation, e-business, business expansion, regional economic development, investment in environmental best practices/green tech, agriculture, and food processing.

Encouraging investments that will result in significant benefits to Canada, such as the establishment of new manufacturing facilities and/or bringing new manufacturing and R&D mandates to Canada, is of particular importance. Federal incentives are available, offering up to 50% toward projects that are at least $20 million in size, and maybe stacked with provincial incentives for up to 75% total government support toward the project costs.

In addition, Canada still has one of the lowest corporate tax rates in the G20, and offers a number of tax credits, including the SR&ED tax credit offering up to 68% of the incurred R&D-related costs, as well as Co-operative education and Apprenticeship, E-Business and Digital Media tax credits. 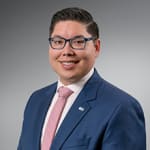 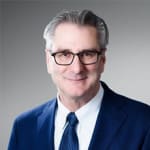 28 January 2020
Capitalising on opportunity in Canada

28 January 2020
Capitalising on opportunity in Ireland