What is the market in Poland known for?

Figures make Poland one of the most attractive countries in Europe to investors for new Foreign Direct Investment (FDI) projects. According to the Global Best to Invest 2019 ranking, Poland is the 5th most desirable country for foreign investors, with only China, Germany, the United Kingdom and India ahead. Investors highly value the preparation of investment spaces as well as availability of raw materials, equipment and components for production which are also important factors for investment. A powerful argument for investors is the possibility of benefiting from subsidies from EU funds supporting R&D activity (allowing to finance the process of works implementation, as well as the purchase of the necessary infrastructure and equipment). Furthermore, Poland ranks second as an FDI destination in Europe by the numbers of jobs created.

Boasting over 20 years of stable GDP growth, the country provides a business-friendly environment to investors. According to the ‘European Cities and Regions of the Future 2020/21’ report published by The Financial Times, Warsaw ranked second among major European cities when it comes to business friendliness. Most recent value for GDP growth for Poland is 4.5% in 2019. The strong Polish economy is also supported by memberships in many international organisations, including the European Union, NATO, OECD, Schengen Area and WTO.

What are the key countries responsible for FDI business in Poland?

According to UNCTAD's 2020 World Investment Report, FDI inflows to Poland remained stable in 2019, reaching USD 13.2 bn, in line with the USD 13.9 bn recorded in the previous year. The total stocks of investments in Poland stood at USD 236.5 bn in 2019, an increase of 26% when compared to the 2010 level. The majority of stocks are held by Germany, the Netherlands, Luxembourg and France with investments directed mainly to the manufacturing (31.3%), financial and insurance activities (18.5%), and wholesale and retail (14.6%) sectors. Poland is the first largest recipient of FDI inflows in Central Europe.

Are there publicly funded incentives available for FDI businesses in Poland?

Thanks to the New Investment Support Act introduced in 2018 the entire territory of Poland operates as one Special Economic Zone in which companies benefit from tax advantages. However, currently binding Special Economic Zone (SEZ) permits, already granted to investors within the old SEZs shall remain in force until 2026.

While commencing activities an investor may take advantage of the following benefits: 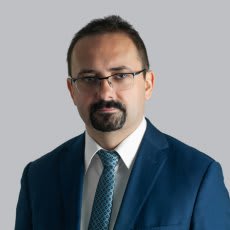