The Italian Government, by Art. 1 (clauses 142 to 144) of the 2016 Stability Law (turned into Law No. 208 of 28 December 2015, as published in the Official Gazette No. 302 on 30 December 2015), reviewed a number of tax rules to make the domestic tax system more attractive and competitive to foreign investors and Italian companies with cross-border operations. The Stability Law modified the existing legislation regarding anti-tax haven deduction rules and the controlled foreign company (CFC) regime. Pursuant to new rules:

This article provides a summary of the measures targeted to modify the Italian tax legislation for transactions with low-tax jurisdictions.

Over the last few years, the rules for deduction of costs related to transactions with entities resident in blacklisted countries have constantly been under scrutiny by the Legislator.

In its original provision, within the framework of Art. 110 of the Italian Tax Code, costs and other expenses incurred for transactions carried out with non-EU domiciled entities (specifically identified by Ministerial Decree of 23 January 2002) were considered non-deductibles. However, under certain conditions, full deductions were permitted, assumed that the taxpayer proved that the offshore entity carried on a commercial activity or the transaction put into place involved a real commercial benefit and had been actually carried out. The proof could be provided either in the course of a tax assessment or in advance by way of a tax ruling, to protect the taxpayer from any tax assessment as long as the facts and the conditions presented did not change over time. In either case, Italian companies dealing with blacklisted transactions were required to disclose the relevant transactions in their annual tax return.

On 22 September 2015 the Legislative Decree No. 147, which contained several measures aiming at the growth and internationalisation of Italian entities as well as a package of rules to boost inbound investments, was published in the Official Gazette No. 220 of 22 September 2015. The Decree (International Tax Decree), effective from fiscal year 2015, introduced simplified rules under which blacklisted costs might be deducted up to the limit of the relevant fair value market. However, the taxpayer could deduct without limitations the costs and expenses charged, upon request or through an advance ruling, provided that the transactions corresponded to an actual business interest and that operations took place. Taxpayers were no longer required to demonstrate the “real substance” criteria in the blacklisted entity. In any case, transactions with blacklisted entities were still to be expressely reported in the annual tax return.

At the present stage, the Italian Parliament, by approving the 2016 Stability Law, repealed all the previous limitations. Under the new legislation, as from 1 January 2016, the Italian black-list on the deductibility of costs has been abolished. All costs and expenses incurred in transactions with entities domiciled in privileged jurisdictions follow the ordinary deduction rules, regardless of the amount. However, all ordinary rules and limitations for intercompany transactions which involve non-resident entities will still apply, under rules set by Art. 110 of the Italian Tax Code.

The only remaining general criteria involving tax haven transactions will be, as from 1 January 2016, the CFC legislation.

Substantial changes and simplifications, targeted at preventing the avoidance of tax through the use of conduit entities located in privileged jurisdictions, have been introduced in relation to CFC legislation.

According to the original CFC provision, the income of a controlled foreign company (either controlled or affiliated), resident or organized in one of the low-tax jurisdictions included in the Ministerial Decree of 21 November 2001 (listed if it does not have an exchange of information agreement with Italy and a level of taxation significantly lower than the Italian one), was proportionally attributed to the Italian controlling shareholder on a look-through basis and, therefore, recomputed and taxed according to the rules of the Italian Tax Code (Art. 167). Further, the resident shareholder was subject to tax on that income regardless of the effective dividends distribuition to the controlling entity in Italy. CFC legislation also applied to non black-list subsidiaries (namely CFC white-list), provided that, jointly, the taxation levied in the foreign country had an effective tax rate lower than 50% of the effective Italian corporate tax rate and more than 50% of the income of the foreign entity derived from passive income (such as interests and dividends). Through a ruling procedure the taxypayer could avoid the application of the CFC white-list, assumed he could prove that the foreign entity was not aimed at allocating income in territories with a privileged tax jurisdiction or to obtain improper tax benefits.

The International Tax Decree made some important changes to the above-mentioned rules. First, the CFC legislation applies now only to controlled companies, while affiliated companies (at least 20% ownership or 10% if listed entities) are no longer subject to this legislation (Art. 168 has been repealed). Second, for controlled companies a mandatory ruling procedure has been replaced by an optional procedure. Therefore, under the new CFC scheme, taxpayers may prove in the course of a tax audit the existence of the conditions for the exemption (business test or subject-to-substantial-tax test). Further, the International Tax Decree introduced a favourable provision, through an indirect tax credit on taxes paid abroad, in case of dividends and capital gains derived from blacklisted subsidiaries that were not subject to CFC rules.

Most recently, the 2016 Stability Law introduced a new criteria to identify blacklisted entities. By virtue of Art. 167 (4), the CFC income is now proportionally attributed to the Italian shareholders and, therefore, taxed only if the controlled company is located in a jurisdiction with a nominal income tax rate lower than 50% of the Italian tax rate. However, regardless of the nominal tax rate, the CFC rule does not apply for foreign entities resident in an EU/EEA jurisdiction that has concluded an exchange of information agreement with Italy. The new rule applies starting from the tax period following the one ongoing as of 31 December 2015. 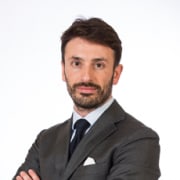