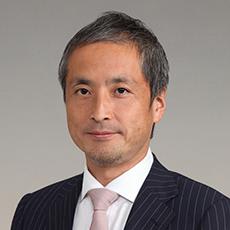 Kazuhiro Fujita was appointed as Senior Advisor to Tokyo Kyodo Accounting Office in October 2012 and has since that date, supported execution of financial advisory and due diligence projects, including cross-border transactions.

In October 2013, he was appointed as Managing Director of RSM Tokyo Kyodo FAS Co., Ltd.

Kazuhiro graduated from Keio University's Faculty of Economics and in 1990 joined Deloitte Touche Tohmatsu LLC where he was involved in statutory audits of mega-banks and other financial institutions. In that role he also provided support to firms in respect of public offerings and the strengthening of their internal management systems. In 1998 he moved to Deloitte Tohmatsu Consulting Co., Ltd. where he managed a number of venture investments. Kazuhiro led projects for major energy and manufacturing companies aimed at improving group business management which oftentimes involved organizational restructures. In 2001 he was transferred to Deloitte Consulting in New York where until 2007, he provided business valuation and financial advisory services to U.S. based firms' in respect of their investment projects, as well as supporting the build of business management infrastructure for financial institutions, automotive suppliers, manufacturers of office equipment and electronics devices, a travel agency and so forth. During this same period he also served as Principal Executive Officer for ABeam Consulting Co., Ltd. (formerly Deloitte Tohmatsu Consulting Co., Ltd.), and as Partner in Global Business Services, part of IBM Japan, Ltd.