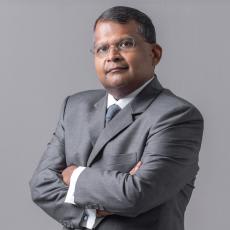 Arul has over 15 years of experience in corporate restructuring, formal and informal insolvency.  He has worked on various court and debenture appointed receiverships of both operating and non-operating engagements in a variety of industries.  Arul has played a key role in engagements including those as monitoring accountant pursuant to the appointment by companies and financial institutions to ensure proper utilisation of funds.  He has worked on monitoring assignments with regard to disbursements of abandoned housing project funds appointed by Malaysia’s Central Bank.

Arul has considerable experience in identifying turnaround strategies for distressed companies, performing extensive viability reviews of companies for loan applications and other agreed upon transaction reviews for various options including those determining business viability.

He has substantial knowledge of engagements where Schemes of Arrangement (formal or informal) were used to restructure the debts of companies.  Arul has engaged in extensive negotiations with the creditors and financiers of such companies.

During Arul’s time working in the field of audit, he led various statutory and special audit assignments of both companies and government sector bodies.