Current days are quite dark, this is a given. On top of that changes do happen faster than ever. What could be seen as solid and stable can very quickly become unstable and dangerous. In the middle of this ever-changing environment, there is one country that emerges like a rock mountain: Switzerland.

During those agitated times, we have seen a large increase of people wanting to relocate to Switzerland. This news intends to provide you with some insights on Switzerland in general and on taxes and immigration in particular.

In all published rankings on worldwide competitiveness, Switzerland is usually ranked between places 1-3 and one of the main reasons for this success is Switzerland’s stability:

And for all those reasons, yes, it is expensive. 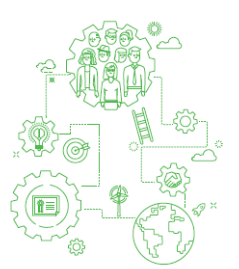 Switzerland is often seen as a tax heaven. This is not quite true. If Swiss and cantonal governments are usually very open in welcoming foreign entities for implementation of operations in Switzerland with temporary tax holidays, it goes a bit differently for individuals.

First of all, Switzerland to the difference of many other countries, still do levy a wealth tax. Switzerland is divided into 26 cantons, themselves divided into smaller locations (municipalities). Those regions are largely autonomous in deciding their applicable tax rate. Thus, there is a large competition between cantons and smaller cantons with little infrastructure usually have lower tax rates than cantons with big cities and significant infrastructures such as roads, universities, hospitals, etc. On that basis, we can only say at this stage that the income and wealth tax rates largely vary over Switzerland and strongly depends on the place of location. As a general rule, we can say that maximal rates do vary between 25% and 45% for income tax and 0.2% to 1% for wealth tax. 45% of tax may sound as high as in other countries. The significant difference is that all rates in Switzerland are progressive and depend on the level of income and wealth. In addition, the maximal tax rate is usually reached at high level of net income and net wealth, i.e. usually at CHF 1+Mio of taxable income and around CHF 5+Mio of net wealth. Again, those numbers are only to provide you with an idea of how the Swiss tax system works as for instance if one pays almost 1% of wealth tax in one canton, he may well pay only half of it just a few minutes away…

For an individual, there are two possible tax regimes applicable:

The lump-sum tax regime is limited to individuals who do not have the Swiss citizenship and who have not been taxed under the ordinary regime in Switzerland for the last 10 years. Persons under that regime are also prohibited to have a paid activity (independent, employment, BoD, etc.) in Switzerland. Foreign activities are possible.

The basic concept is that the individual taxed under that regime should pay its taxes on an amount which shall correspond to his living expenses in Switzerland. Most of the cantons do offer the possibility to be taxed at this regime but not all. They also have largely different practices in terms of defining the applicable lump-sum. Thus, the lump-sum basis can significantly vary from one place to another, on top of the applicable tax rate to that lump-sum. In conclusion, you might not escape the support of a tax specialist in finding the most suitable place depending on your situation, shall you be interested by this regime. As a general rule, with some local exceptions, the minimal amount of the lump-sum is of CHF 400’000. On this amount, the individual is going to pay income tax. No wealth tax is due under the lump-sum regime.

Special inheritance tax rules do apply for people taxed under the lump-sum regime. In some cases, they are more favorable than the ordinary regime but there are some cantons in which they are less favorable.

Ordinary tax regime is applicable to all individuals who relocate to Switzerland. While some tax at source regime may be applicable for employed staff, without the obligation to file a tax return in some specific situations, an individual relocating to Switzerland is expected to file a tax return every year. The taxation rules are that a Swiss resident is taxed on his worldwide income and wealth, except on foreign properties and income and wealth excluded from Swiss taxation by virtue of a double tax treaty. Even if income and assets are excluded from Swiss taxation, they have to be declared for tax rate purposes. Indeed, tax rates are progressive, and one is always taxed at the rate corresponding to his worldwide income and wealth.

Special rules do apply for the withdrawal of pension assets, for the taxation of dividends and some other income such as insurance income.

One very important point is to keep in mind that Switzerland does not tax capital gains, with some exceptions that have to be properly monitored in advance. Thus, many people do also come to Switzerland before the sale of significant investments.

Inheritance and gift tax is a cantonal competency only and thus, rules are very different from one canton to the other. While some cantons still do levy some tax in case of inheritance, most of them have simply abolished it between direct heirs and some have simply abolished the tax. Even if a tax is due, in international comparison it stays very moderate. Please note that there are only a limited number of international tax treaties about inheritance. Thus, proper tax planning with an international network such as RSM is key.

We have a large practice in helping individuals to relocate to Switzerland. Based on our experience, we would like to share with you a couple of points of attention that we frequently deal with when one is looking for Swiss relocation:

To reside and/or work in Switzerland, immigration rules are the following: 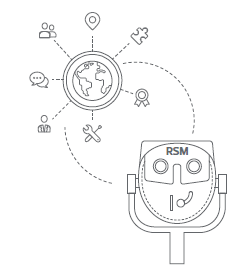 Those are the main points of attention we often see in our practice. However, there are many others to consider when moving to Switzerland, such as VAT, custom duties, currency exchange, bank relationships, property acquisition, etc etc.

Our private client service team in Switzerland but also in all our RSM locations worldwide is able to assist you with your project of relocation from start to finish.

Please don’t hesitate to contact us for any questions you may have on this topic.