Retirement Planning for a Swiss Expat in Australia

It is hard to believe today that the Swiss founding father of the Red Cross, humanitarian author, co-winner of the first-ever Nobel Peace Prize, and the very symbol of caring for our fellow man, Henry Dunant, lived a poverty-stricken life in his later years.

Other than the Nobel Peace Prize money that he pledged untouched to his Estate for people in need, Henry died largely destitute. 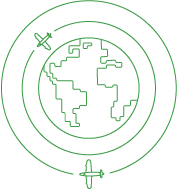 With the benefit of hindsight, it appears even the finest and most revolutionary humanitarian acts were not penance enough for Henry committing during his career business endeavours the seemingly ultimate sin in Swiss commerce; the oversight of, as company president, the collapse of a financial institution!

Upon this indiscretion, Henry lived the second half of his life partly in exile from Switzerland and in humble conditions.

His financial affairs were crippled further in these years where, despite his personal monetary situation and the poor state of health, Henry still selflessly focused on continuing humanitarian advocacy efforts and was left largely unsupported by the country to which he was born.

Switzerland, once a warmongering and pillaging nation, then a mercenary army for hire to the highest bidding battlers of Europe and now famously neutral, is clearly not immune to change. Thankfully too, in terms of its social obligations to the aged, no matter what their successes and failures during working life, Switzerland has changed considerably since those days.

So unlike Henry Dunant, all people living in Switzerland today have a strong three-pillar aging and disability support system behind them, the first pillar being the Old Age and Survivors’ Insurance (OASI).

Due to its geographically migratory qualities, the focus of this piece is the first pillar, OASI, though tax outcomes for the latter two pillars will also be touched on to complete the full retirement picture for a Swiss expat living in Australia.

We will look into:

So to OASI or NOASI, that is the question.

Interested in learning more about retirement planning for a swiss expat? Read on: