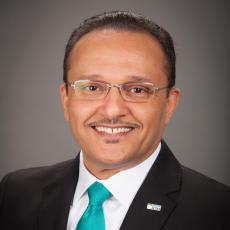 Bassam is a Temple University graduate, Philadelphia, Pennsylvania, USA majoring in Business Administration with emphasis on Accounting in 1990.

He is a CPA and Board Member of the International Arab Certified Accountants Association.

In 2010 Bassam was elected as the Regional Leader for MENA (Middle East & North Africa) to oversee the growth and development of RSM within the region and in 2017 the sub region of West Africa was added to MENA.

In Audit and consultancy, Bassam has been the Partner in Charge of several clients in the following sectors:

As part of raising professional awareness, Bassam has written and translated several articles on Audit, IAS that are published in a professional journal.

Board Member – International Arab Society of Certified Accountants (IASCA) since 2014