The Labor Reform aims at the adequacy of labor legislation to modern labor relations and was sanctioned by the President of the Republic on the same terms as it was approved by the Senate.

At the Senate, were 50 in favor, 26 opposed and 1 abstention. In addition, the Plenary rejected the 178 amendments suggested by the senators.

The table below shows the main changes: 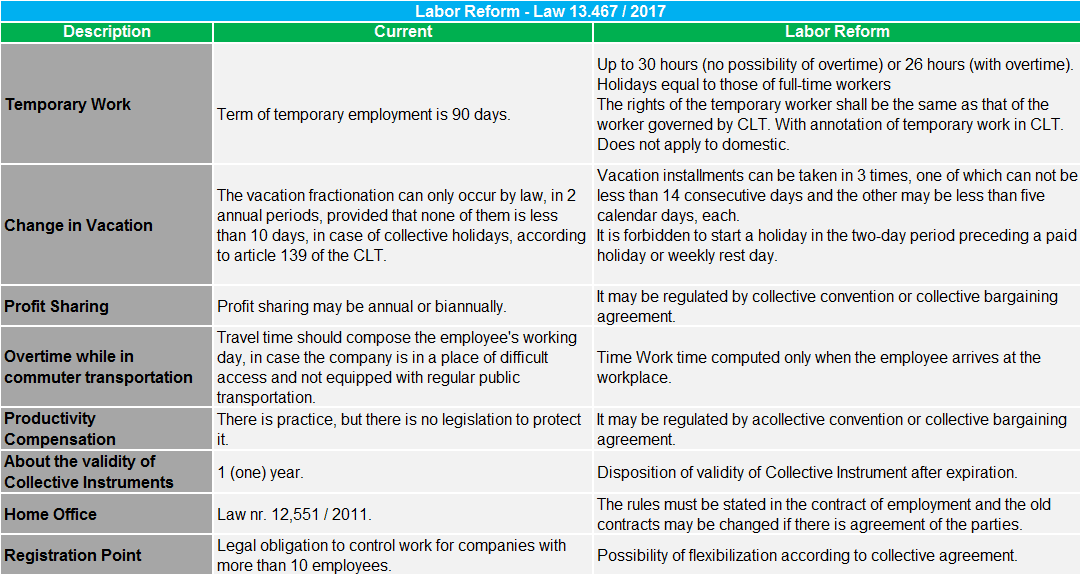 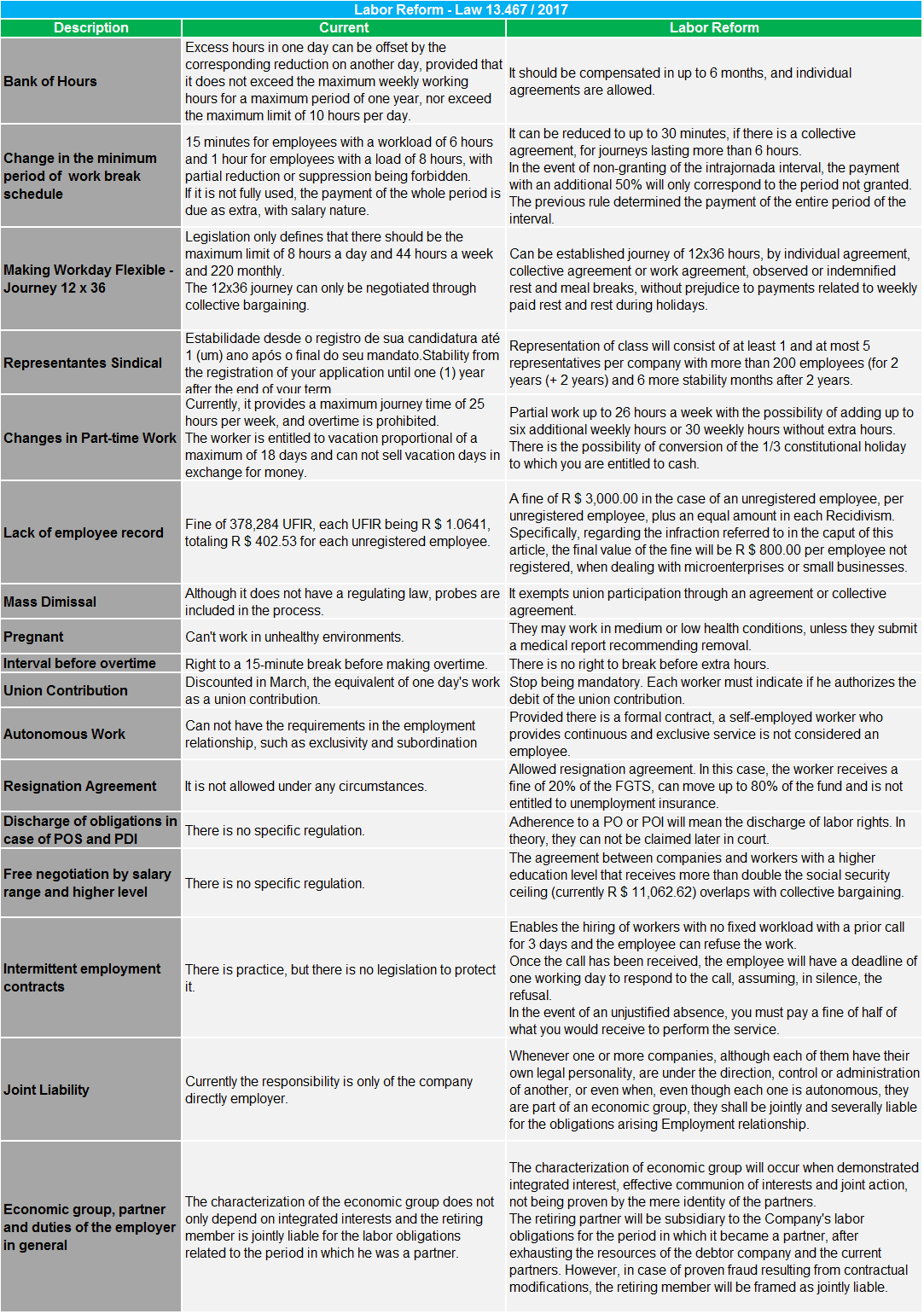 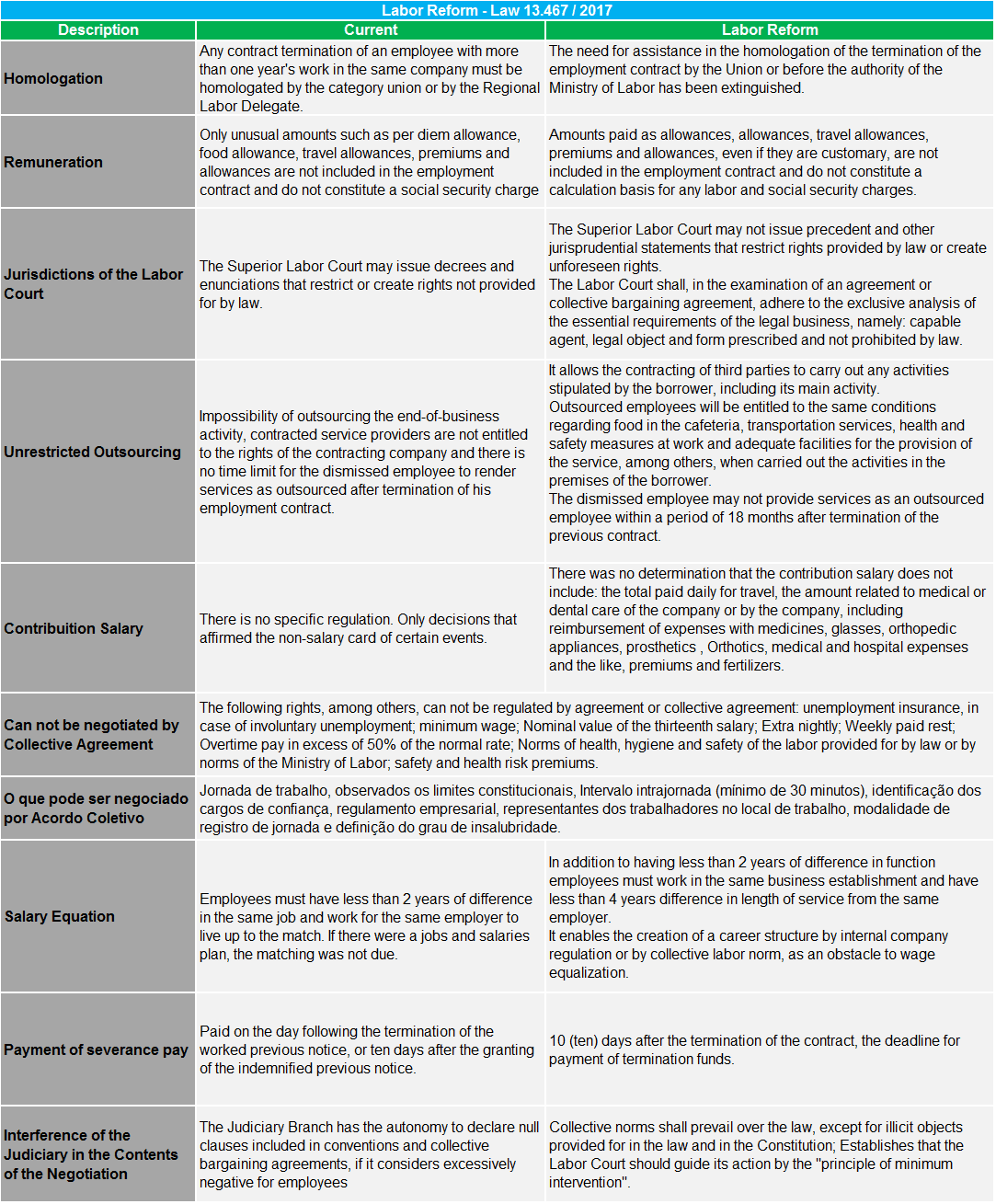 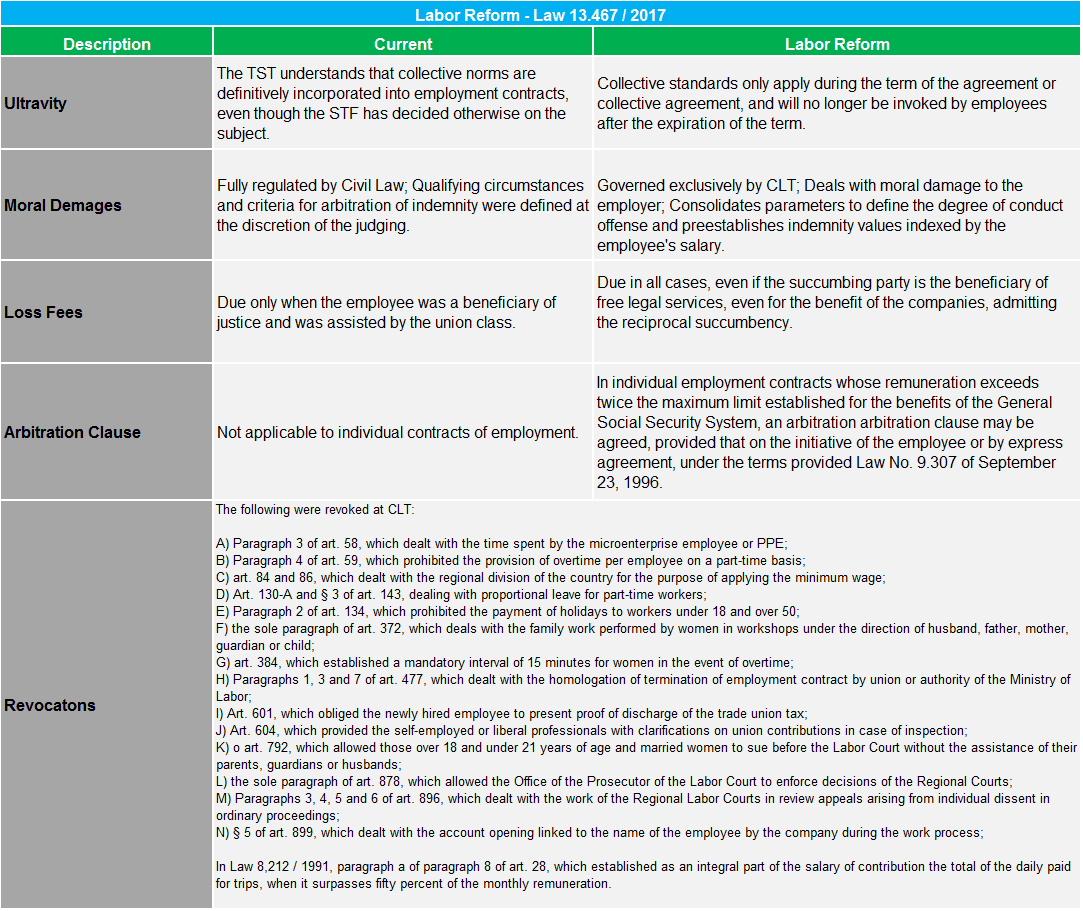 However, it is worth mentioning that Senate leader Romero Jucá (PMDB-RR) on Thursday (July 13) released a draft of the provisional measure that the government intends to edit to promote adjustments in labor reform.

In this draft are present modifications related to the subjects: 12 x 36 workday, extra-patrimonial damage, employment of pregnant women and infants in an unhealthy place, unhealthy, exclusive autonomous, intermittent work, commission of representative and security contribution and FGTS

Through its specialized team, RSM follows legislative, labor and social security changes and is ready to support its clients to be in compliance with the new legislation approved.

or send a message:  [email protected]