Revision of the law on public limited companies: New regulations 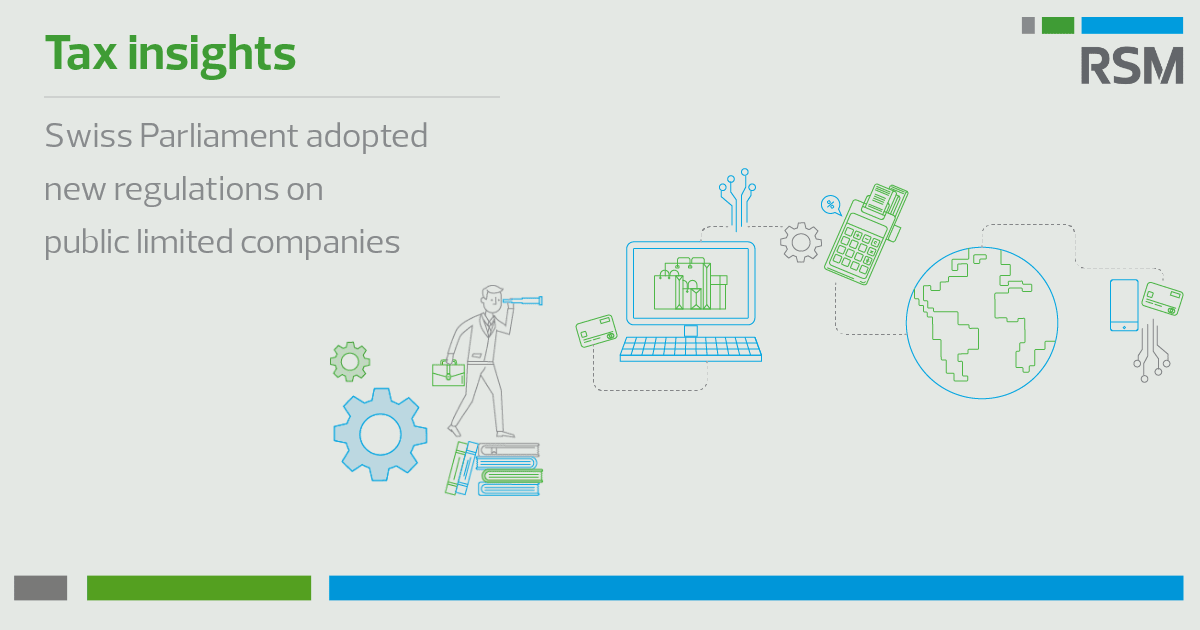 This includes more flexibility for companies, harmonising certain aspects of the new accounting laws, strengthening the rights of shareholders, the obligations of the Board of Directors to monitor the financial situation in order to prevent indebtedness and insolvency, as well as transparency in the organisation of companies.

The date of entry into force of the new regulations discussed below is not yet definitively fixed (except for the provisions relating to gender representation and transparency of commodity companies - already in force). However, it is likely to be on 1 January 2023. Please note that we will pay particular attention to non-listed companies

A. Organisation of the General Assembly:

The General Assembly can be held simultaneously in several locations:

This will only require that the speeches are broadcast live by audiovisual means in all the meeting venues.

The General Assembly may be held abroad:

However, the Articles of Association should specify it. The Board of Directors should designate an independent representative in the convocation, except for companies whose shares are not listed on the stock exchange if all shareholders agree.

The General Assembly can be held virtually:

To do so, the Articles of Association should contain the possibility to hold a virtual General Assembly. The Board of Directors must designate an independent representative in the convocation, with exception of companies whose shares are not listed on the stock exchange, as long as all shareholders agree. It will be the responsibility of the Board of Directors to ensure that participants are correctly identified, that speeches can be broadcast live, that anyone concerned can participate in the debates, make suggestions and that the result of the votes cannot be altered. In case of technical problems, a new assembly must be convened, but the decisions taken prior to this meeting remain valid.

Possibility of substitution of the Assembly by circular decisions:

Provided that no shareholder has requested a discussion on this matter. This possibility only exists for Sociétés à responsabilité limitée (Limited Liability Companies) at the moment.

Possibility of setting up a hybrid solution to hold the General Assembly:

Depending on the different options listed above (e.g. where shareholders cannot be physically present, they have the possibility to participate through digital means).

Shareholders may ask the Board of Directors for information:

Shareholders together representing at least 10% of the share capital or votes may, outside the General Meeting, make a written request to the Board of Directors for information on the affairs of the Swiss corporation, provided this is necessary for the exercise of the shareholders' rights and does not jeopardise business secrecy or other corporate interests worthy of protection. The Board of Directors must respond within four months. The reply must be presented at the next General Assembly.

After exercising their right to information, shareholders may then propose to the General Assembly the establishment of a special examination:

Shareholders may request the registration of an item on the agenda or proposals concerning an item:

Following the reform, a threshold of 5% of the share capital or votes applies to companies whose shares are not listed on the stock exchange. Shareholders may give a short reason for their request; in which case the reason must be put on the agenda again.

It should be noted that the quotas for representation on the Board of Directors and the Executive Board will only apply to listed companies.

The nominal value shall only be greater than zero.

The reform will make it possible to create a capital fluctuation band:

With the approval of the General Assembly, the Board of Directors may increase or reduce the share capital within a certain limit for 5 years. The lower limit will be half of the share capital entered in the commercial register (but not less than CHF 100,000) and the upper limit will be one and a half times the share capital entered in the commercial register. Each fluctuation of the capital must be followed by an amendment of the Articles of Association (by deed). This fluctuation band replaces the authorised capital increase as it serves the same purpose.

It should be noted that interim accounts will have to be drawn up if:

It will be possible to denominate the share capital in a foreign currency:

A list of authorised currencies will be published by the Federal Council, but the foreign currency chosen must be the most important currency for the company's activities (functional currency).

However, the following conditions must be met:

It will be possible to schedule the payment of an interim dividend provided that an interim balance sheet is prepared:

An audit of the latter will be compulsory, except for companies that have waived the limited audit of its accounts. In addition to this obligation, such a dividend will be subject to the following two additional conditions:

From a tax point of view, it should be noted that such an interim dividend should be considered extraordinary. Thus, the yield value of the parent company, which benefits from such a dividend, would be increased. In such a case, interim dividends should not be considered in determining the yield value because of their unique and extraordinary nature.

Presentation of equity and reserves for own shares:

Equity should now be presented as follows:

Regarding acquired treasury shares, the obligation to set up a reserve for treasury shares is no longer required, in accordance with the practice following the new accounting law. The entry of the treasury shares in the balance sheet is a reduction of the equity capital at the acquisition value. This accounting entry must also be made by analogy by the company when a subsidiary acquires its shares.

From a tax point of view, it should be remembered that the Federal Court confirmed that the acquisition of treasury shares results in a reduction of the assets of the company. Therefore, it must also be considered that the negative reserve for own shares reduces the capital tax basis.

As a consequence, the proposed acquisition of assets from shareholders or persons closely related to them will no longer be regarded as a qualified foundation requiring compliance with the formal requirements (e.g. amendment of the articles of association and entry in the commercial register). However, such takeovers will still be subject to the regulations on the preservation of assets and liability.

The concept of insolvency has finally entered the Code of Obligations. The Board of Directors will have to monitor the solvency of the company:

In the event of a risk of insolvency, the Board of Directors will have to take measures to ensure its solvency without, however, having a legal obligation to draw up a liquidity plan. It will then take additional reorganisation measures or propose such measures to the General Assembly, if this falls within its competence. The Board of Directors must, if necessary, apply for a debt-restructuring moratorium. In all cases, it must act promptly.

The new provision in the Code of Obligations will clarify the concept of capital loss:

A company is over-indebted when its assets no longer cover its debts:

The reform maintains the obligation for the Board of Directors to draw up interim accounts at the operating value and at the liquidation value. These accounts will have to be reviewed, and if they show that the company is indeed over-indebted, the Board of Directors will have to notify the court. The latter must then either declare the company bankrupt or proceed with a debt-restructuring moratorium. Postponement of the bankruptcy will no longer be possible.

However, the Board of Directors will not be required to inform the court in two situations:

Our team is at your disposal for any questions, do not hesitate to contact us!

We invite you to follow us on LinkedIn to stay connected, and to learn about our latest news and upcoming events!