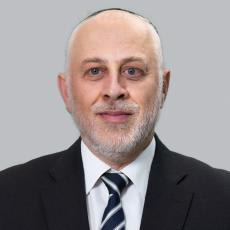 Mark is the Managing Director of RSM Gibraltar.

Born and raised in Gibraltar, Mark moved to Manchester where he received a BSC in Computer Science and Accounting (Hons) from Manchester University. Mark trained in the Manchester office of KPMG where he gained valuable audit experience. In 1990, he transferred to KPMG's Gibraltar office where he handled a wide ranging portfolio of clients including international construction companies and banks.

In 1992, after being approached by a number of potential clients, Mark left KPMG and established his own practice which he successfully led until 2007, when he founded the Benady Cohen & Co group together with Moe Cohen which later became RSM Gibraltar.

Mark is also involved in various communal charities and is the vice-president of the Gibraltar Jewish Community.

Mark is a Fellow of the Institute of Chartered Accountants in England and Wales (ICAEW).

Mark is a member of the tax faculty of the Gibraltar Society of Accountants (GSA), and sits on the advisory funds panel set up by the FSC.