Moving the Goalposts for Workplace Investigations?

Investigations rely on clear terms of reference which are informed by legislation and codes of practice. In our world and the world of those involved in commissioning investigations to solve complex workplace situations, a new code of practice is an ‘event’ that cannot be ignored and deserves deep consideration.

In this article we will outline the key practical impacts of the recently published Code of Practice on employers and investigators in terms of the conduct of investigations, in particular:

The publication of a single joint Code of Practice by the Health and Safety Authority (“HSA”) and the Workplace Relations Commission (“WRC”) on 23 December 2020 was a welcome development for employers, employees, and practitioners alike. The Code replaced prior guidance in the form of separate codes of practice issued by the WRC in 2002 and the HSA in 2007.

Matters which do not constitute bullying

The new code of practice reaffirms the definition of bullying as ‘repeated inappropriate behaviour, direct or indirect, whether verbal, physical or otherwise, conducted by one or more persons against another or others, at the place of work and/or in the course of employment, which could reasonably be regarded as undermining the individual’s right to dignity at work’.

The Code also, helpfully, provides some examples of matters which do not constitute bullying. For example, ‘Offering constructive feedback, guidance, or advice about work-related behaviour which is not of itself welcome’ and ‘Ordinary performance management’.

This offers the potential for matters to be addressed internally at an early stage without recourse to formal procedures.

The benefits of early intervention are also emphasised in the Code as being the best possible potential for a good outcome, and from a practitioner’s perspective, the advantages of informal resolution cannot be overstated. The investigation of workplace complaints can be disruptive, divisive, and costly and therefore every attempt should be made to achieve resolution without having to escalate a matter to this formal stage of the process.

Behaviours coming within the description of workplace bullying

The Code states that ‘The objective of an investigation is to ascertain whether, on the balance of probabilities, the behaviours complained of occurred, it having already been established that the behaviours come within the description of workplace bullying’

It is unclear from the wording of the Code as to whether it is envisaged that establishing whether the behaviours come within the definition of workplace bullying would be the function of the employer, prior to commencing an investigation, or the investigator, at the conclusion of the investigation – the latter being the current practice in circumstances where the predecessor code unequivocally attributed the responsibility to the investigator.

If the intention is that the role would fall on the employer, we foresee some difficulties for employers in having to screen complaints prior to the investigation commencing in order to potentially remove aspects which do not come within the definition of workplace bullying. Such matters are nuanced, in that a complainant is unlikely to draft a complaint in such a fashion as to enable aspects to be readily identified as not coming within the description of bullying.

At a practical level, an employer may not want to get involved in the detail of complaints themselves, lest they be accused of taking the side of the accused party, preferring to leave such matters up to independent investigators.

The main issue arising for investigators from the Code is the apparent restriction being placed on the findings which the investigator may make. Under the previous code, an investigator was expected to make findings as to

In practical terms, an investigator’s report typically outlined, inter alia, findings on whether the individual incidents of alleged inappropriate behaviour took place, together with an overall finding as to whether or not bullying took place (it not necessarily being the case that one or more individual incidents of inappropriate behaviour equated to bullying), or, if the behaviour did not amount to bullying, whether it amounted to an affront to the complainant’s dignity at work.

This approach was beneficial to the organisation engaging the investigator as they received a report which answered the core question – ‘has bullying taken place?’.

The Code has somewhat curtailed an investigator however, in that it includes the following:

‘The scope of the investigation should indicate that the investigator will decide … whether the behaviour complained of may, on the balance of probabilities have occurred. The investigator should not uphold or dismiss the allegations…’

It appears from this wording that it is not intended that an investigator would make an overall finding as to whether bullying, or an affront to the complainant’s dignity at work, had occurred. Rather, the investigator is tasked with reaching a finding as to whether the complaint is ‘valid’. Unfortunately, no definition of what is considered to be a valid complaint is provided by the Code, and it will be down to individual investigators in the first instance to decide whether they consider the validity of a complaint to relate to the core underlying topic of bullying i.e. a valid complaint is one in which the core allegation of bullying is upheld, or a lower bar of validity essentially representing the opposite of a malicious complaint i.e. a valid complaint is one which, irrespective of whether the alleged behaviour did or did not occur, was nevertheless valid to have been brought in the first place.

The inclusion of reference to the investigator being at liberty to recommend whether or not the employer should invoke the Disciplinary procedure in the event that they conclude that the accused employee has a case to answer tends to suggest that the investigator has to consider whether or not bullying has taken place – however the wording prohibiting the investigator from upholding or dismissing allegations does signal a departure from the previous code.

All things considered, the Code appears to inhibit an investigator from directly answering the core question of bullying. This leaves the matter back in the hands of the employer who will potentially need to convene a disciplinary panel to consider the investigator’s report in order to reach a finding on the matter. It is of some assistance to the employer that the investigator is empowered to provide a signpost in their report in the form of commenting on the validity of the complaint, as well as potentially commenting on whether the respondent employee has a case to answer and, if so, whether or not the employer should invoke the Disciplinary procedure.

The new code unfortunately does not provide clarity as to whether it is retrospective, and so raises the question as to how Investigators should consider the code for any investigation that was initiated prior to its publication and currently underway. While it might be tempting to disregard its existence and only consider the code for any future investigations - that may not be the best approach. While it is it not a statutory requirement to abide by the code, the WRC and Courts will have regard to it. Explaining to the WRC why a code which the WRC produced was disregarded may be an uncomfortable proposition for an employer.

From our perspective in RSM Ireland, we had 14 investigations ongoing at the time of the introduction of the Code. Our approach has been to engage with clients on each case in order to examine whether the Terms of Reference (all of which refer to the employer’s policy/procedure and the predecessor codes) ought to be amended to ensure adherence with the revised Code. Our view is that some minor disruption to the investigation now, in the form of communicating an amendment to the Terms of Reference to the parties, is preferable to ignoring the provisions of the Code and potentially having to deal with a challenge to the outcome later.

As is usually the case with procedural changes of this nature, the proof of the pudding will be in the eating, and the precise intended definitions of the provisions of the new code will become clear when they are tested in the WRC or the Courts. 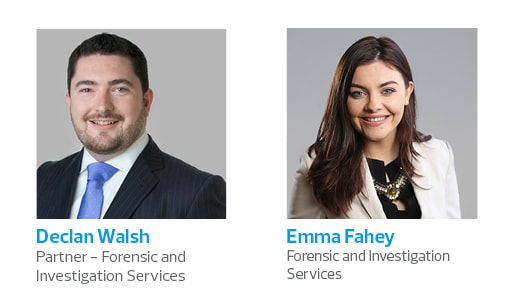