The future of IFRS in Europe - A change of direction ahead ?

The development of IFRS in Europe is an ongoing process, which is influenced by many different economic and political forces. One among them is Brexit, with still a fair amount of uncertainty as to when and how (1) it will take place and what ramifications it will have on economies worldwide. Therefore, Brexit cannot be ignored in any thought-through insight into the future developments of international financial reporting.

Following on from the interview with our previous issue’s guest contributor (2), we have now approached Andrew Watchman, CEO and Chairman of the Technical Expert Group (TEG) at the European Financial Reporting Advisory Group (EFRAG), to find out how he sees the future developments in international accounting in the current geopolitical context. Andrew has a very pragmatic view, which he explains as follows:

AW: You can envisage a number of scenarios for the development of IFRS in the UK post-Brexit.

Scenario 1: the UK decides to stay with the IFRS as endorsed by the EU. To me this seems an unlikely outcome, as it would need to be part of a broader agreement with the EU to remain part of the single market, which does not seem to be the current direction of travel.

Scenario 2: the UK decides to drop IFRS and revert to UK GAAP. However, it would not quite be ‘reverting’ as such

because, although there is a body of UK GAAP for private companies, there is no body of UK GAAP for consolidated financial statements of listed companies. It seems unlikely to me that the UK would opt for some new version of GAAP for listed companies. There is broad consensus in the UK, even between ‘Remainers’ and ‘Brexiteers’, that the UK needs to remain internationally focused and outwards looking. The practical difficulty of creating a hypothetical new version of UK GAAP, and the long-term support that the UK has given to IFRS, makes it unlikely that IFRS would be ditched altogether.

I believe that the UK will choose to stay with IFRS, under its own regime of checks and balances, creating two further possible scenarios:

Scenario 3: the UK decides to stay with IFRS as its starting point, but opts for a model similar to the Indian one, which can result in a potentially high number of adaptations.

Scenario 4: the UK decides to stay with IFRS, putting in place an ‘adoption’ model subject to a national endorsement mechanism, similarly to the Australian, Canadian and Japanese models, which accept or reject each standard in its entirety.

My best forecast is that the UK will embrace this latter scenario, which seems to strike the right balance to reflect the UK’s commitment to IFRS and the benefits of an endorsement mechanism. My opinion may be controversial for some, but I think that it is important to find the right balance between the benefits of relying on expert independent standard setters and the recognition that standards, which essentially have the form of law, need democratic oversight and political legitimacy.

When you look around the world at different countries using IFRS, the vast majority have some form of adoption or endorsement mechanism. The details vary enormously. In many cases, there is a strong presumption that in practice every standard or amendment will be endorsed, except in extreme circumstances. One national standard setter based outside Europe described the rejection of an IFRS as the ‘nuclear option’ (3).

Again, the UK has historically had a strong voice advocating for IFRS as issued by the International Accounting Standard Board (IASB). So, if you extrapolate that into the future, you can anticipate that the UK would produce few or no carveouts. But of course carve-outs are a rarity in the EU as well. In reality the occasional differences between IFRS as issued by the IASB and IFRS as endorsed by the EU are usually in the timing of their effective date. EFRAG has sometimes advised that European companies may need more time to prepare for new standards than IASB had allowed. The rarity of carve-outs and rejections is a sign that Europe has been able to exercise influence in the stages leading up to issuing a new standard by the IASB. Therefore, in practice, even if the UK goes for its own endorsement mechanism, I think there will be very little divergence between financial reporting in the UK and financial reporting in the EU.

If any divergence does occur, it is more likely to be caused by long-held traditions to which different countries still adhere – and which can create regional and national ‘dialects’ in the application of IFRS. For example, the UK is historically a strong advocate of principle-based standards and the primacy of the true and fair view. Compared to counterparts elsewhere in Europe, UK companies tend to make greater use of the revaluation option in IAS 16 and more often use a ‘box presentation’ approach to show the effects of unusual or nonrecurring items. These tendencies reflect UK GAAP from the pre-IFRS days and these habits sometimes die hard.

MM: Will EFRAG and the whole European endorsement process have less clout internationally when the UK is out of it? Will this allow more legitimacy for other countries to adapt the IFRS even more freely?

AW: Assuming that the UK has its own version of the IFRS adoption, and is no longer subject to the EU IAS Regulation, the UK’s involvement in EFRAG would certainly change. There is a question over whether the UK will still provide funding to the EFRAG or have a seat on the EFRAG Board and EFRAG TEG . Either way, EFRAG already works with national standard setters from outside the EU. For example, we’ve undertaken projects in co-operation with the national standard setters of the US and Japan. We also have outreach groups, such as the Consultative Forum of Standard Setters, to which we invite the standard setter of Switzerland for example. Hence, I would expect that EFRAG would continue to work with the UK in some form.

Even if the UK ceased to have any particular interest in the EU endorsement process, I still see scope for working together with the UK in this pre-issuance phase, to pursue a shared interest for the best possible standards.

Whatever the UK decides to do, I doubt that Brexit will make too much difference to Europe’s influence over the future development of IFRS. Based on the market capitalisation of quoted companies, the EU without the UK would still be the IASB’s biggest customer in capital market terms – possibly followed by the UK. Add to this the long history of collaboration between EFRAG and the IASB, and I see the outcome of Brexit broadly neutral.

MM: Regardless of Brexit, IFRS is in continuous evolution. Is IFRS going to allow for more comprehensive metrics to evaluate companies’ performance? Perhaps IFRS could include indicators that measure companies’ most significant value drivers, rather than merely showing the profit and cash effects of these drivers.

AW: As we move towards a knowledge- and technologybased economy, it is clear that less and less value of the companies is reflected on their balance sheets. Some commentators argue that this trend will lead to the financial statements losing relevance. My personal view may seem paradoxical but I believe the IASB should respond by focusing on the basics rather than trying to capture a greater share of ’value’ on the balance sheet. Value that is not on the balance sheet will come through in profits and cash flows at some point in the future. The comparative advantage of the financial statements over other sources of information is that they provide a reasonably objective and timely summary of the position and performance and are subject to various disciplines: rigorous standards, audit, regulatory oversight, etc.

Companies have other tools to explain their business models, ideas and innovations – such as integrated reporting. These broader value drivers will come through (or will not come through) in the numbers in due course. In that way, financial statements are holding management to account for the messages they have communicated to stakeholders through these other channels, which is consistent with the stewardship role of financial statements.

In summary, my view is that the IASB should focus on the core comparative advantages of the financial statements over other forms or reporting, rather than trying to compete with other forms of reporting.

MM: Yet IASB and national standard setters like FRC in the UK are more and more talking about Alternative Performance Measures (APMs), which are not audited.

AW: The IASB cannot ignore APMs. However, some of them are entirely non-financial metrics, e.g. customer satisfaction indices that are clearly outside the boundaries of accounting. The IASB’s focus is on alternative measures of financial performance. We need to ask why companies provide these alternative measures. Is it to fulfil a user need that the existing standards do not cater for? There is a strong argument that this is the case – at least to some extent (5). For example, the standards do not define operating profit even though the majority of listed companies report this line item. Many investors crave better insight into financial performance – some measure of core or underlying financial performance, better visibility on items that are usual or nonrecurring and insight on the extent to which performance reflects the actions of management rather than factors outside management’s control such as profits or losses driven by changes in market values (6). The IASB has a project on performance reporting: Primary Financial Statements. The better job that financial statements can do in explaining financial performance, the more effective those statements will be in their accountability role, showing how reliable the company is in its ability to communicate how investing in its value drivers, e.g. innovation, translates into future results.

MM: This is, in my opinion, a comforting conclusion. In a period of high uncertainty, created not just by geopolitical changes but also by fast developments in technology and business models, clarity about the priorities of accounting principles helps investors and users to base their decisions on solid ground.

Andrew Watchman joined EFRAG as CEO and TEG Chairman in April 2016. Prior to joining EFRAG Andrew was the Global Head of IFRS for an interntional accounting firm, leading a team supporting the application of IFRS across the international network and chairing the firm’s global IFRS expert group. Andrew has also served as a member of the IFRS Interpretations Committee and as Accountancy Adviser to the UK’s Department of Trade and Industry (DTI ), providing expert advice on public policy in financial reporting and the transition to IFRSs in the UK. Prior to that Andrew spent fourteen years in the audit practice of an international accounting firm, up to partner level.

1 A Supreme Court ruling issued on 24th January 2017 established that the UK Prime Minister must consult Parliament prior to triggering the process of exiting the EU. The consultation
took place a few days after and resulted in Parliament allowing the government to proceed. However, the timing and the way are not certain yet.
2 Mark Vaessen, Chairman at Accountancy Europe, formerly known as FEE .
3 Editor’s note: this expression is used also in Europe
- see paragraph 8.1 of the IC AEW report ‘Moving to IFRS reporting: seven lessons learned from the European experience’, 2015.
4 Editor’s note: EU27 refers to the European Union after Brexit, i.e. currently the EU counts 28 members, but Brexit will bring the total down to 27.

5 Editor’s note: this is a wide debate to which EFRAG, too, contributes, see Link

6 Editor’s note: for example the measure ‘replacement cost operating profit’ widely used by reporting entities in the extractive industry, which represents the operating profit excluding the effect of changes that occurred to the price of the underlying natural resource during the reporting period. 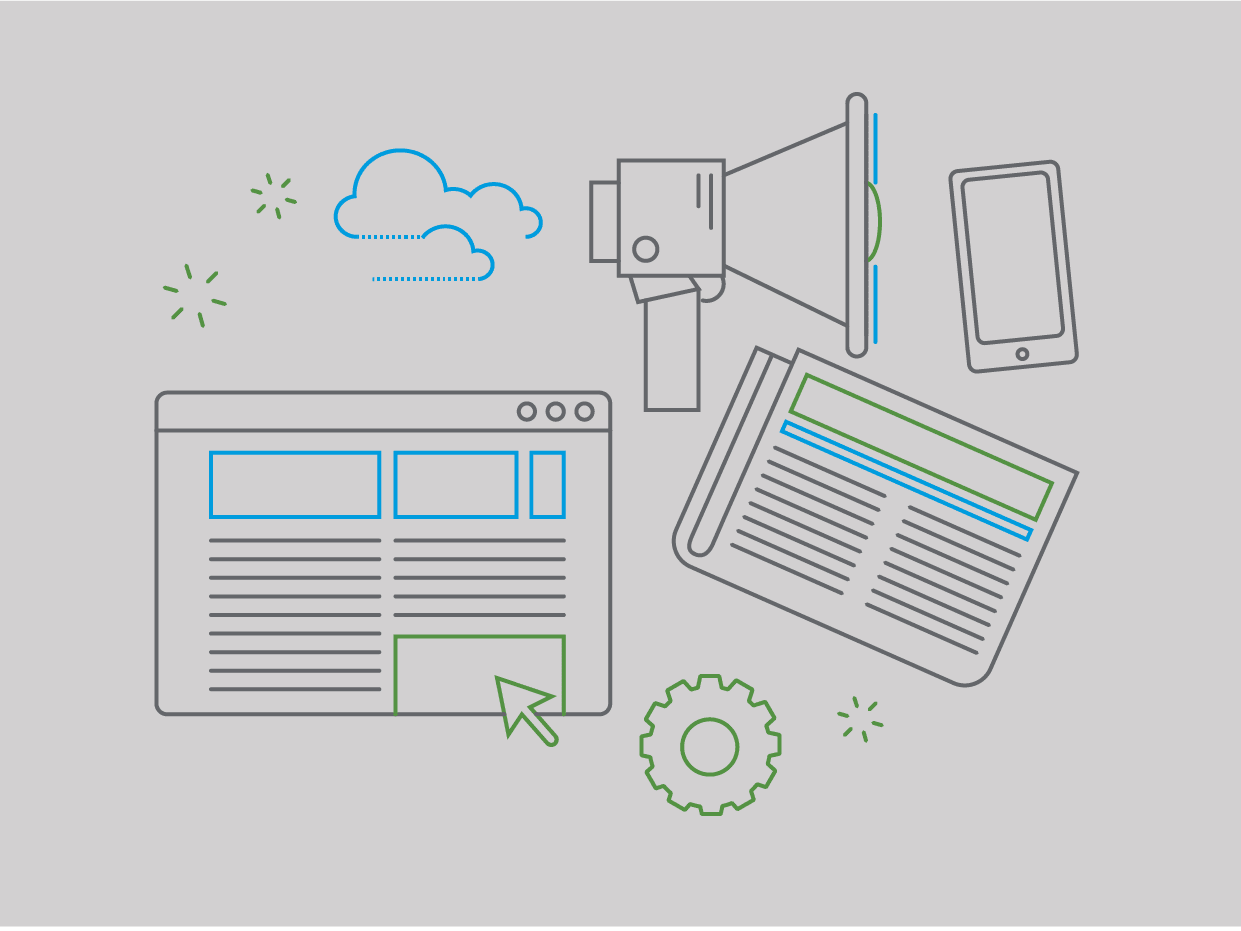