Celebrating the best of the best in Europe

Last week saw the conclusion of our European roadshow of exclusive events, held to honour the National Winners and Ones to Watch in the 2017/18 European Business Awards.

The celebrated companies were chosen by a panel of independent judges including senior business leaders, politicians and academics and will now go on to represent their country in the final stage of the competition. 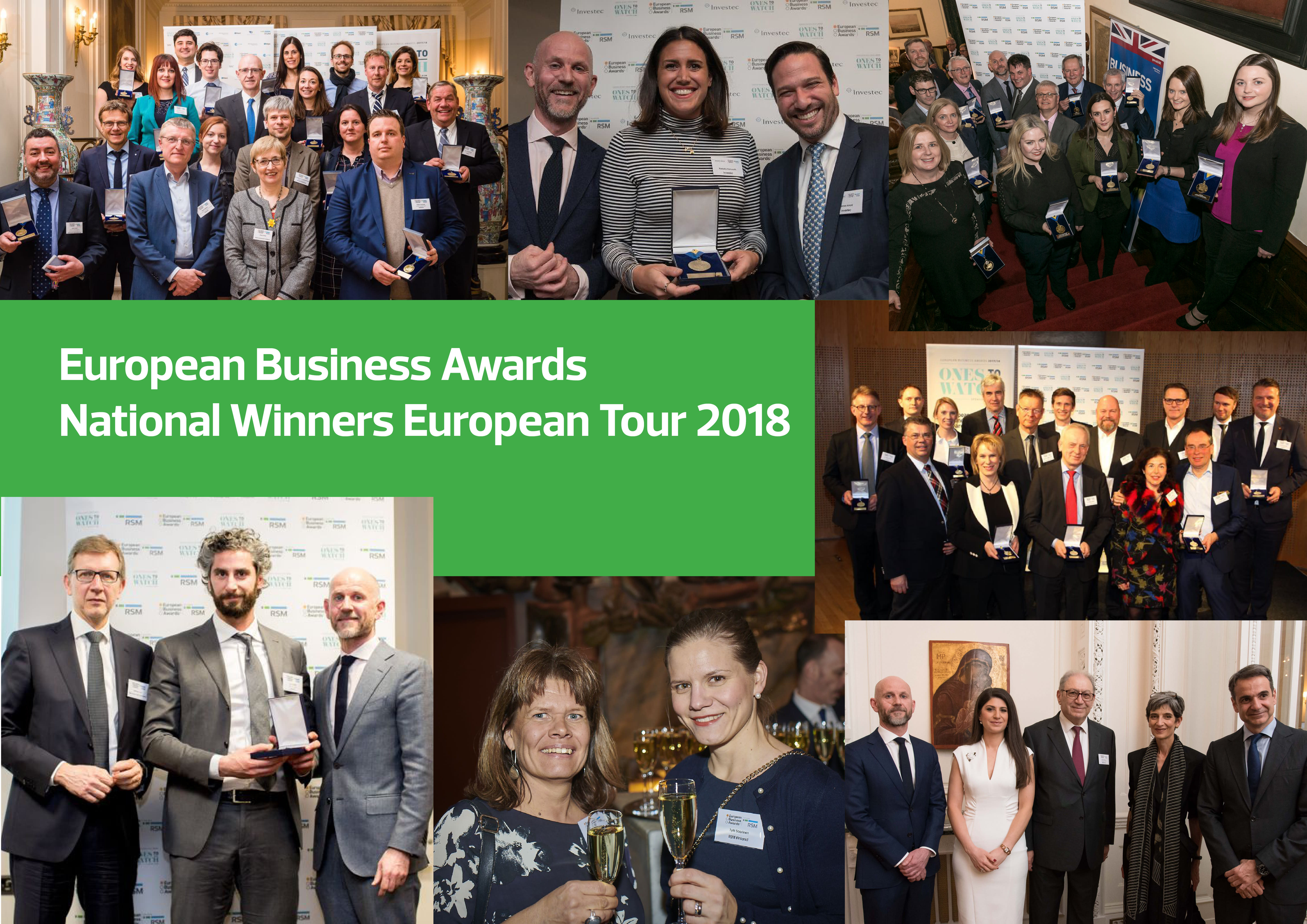 The 289 National Winners will face further judging in their chosen category, and the final category winners will be announced at the European Business Awards Gala and Business Summit in Warsaw, Poland in May 2018.
Congratulations to all the successful companies and best of luck in the final stage of the competition.