Thinking Outside the Box to Revitalise the Global Economy

The global economy is facing the worst downturn in more than a century. Rob Mander, RSM International's International Tax Services Leader, says countries will not be able to tax their way back to prosperity, and it’s time for leaders to think outside the box.

With the International Monetary Fund’s most recent projections indicating a 3% contraction in the global economy, we are facing the worst global economic downturn since the Great Depression that followed the notorious Wall Street Crash of 1929.

Following the 2008 global recession, the likes of France and Italy established economies that relied heavily on taxation in their journey back to economic stability. While the economic contraction might be similar to the Great Depression, the structure of the global economy has changed substantially in the last 100 years and the way governments tax and spend has changed to match it. Governments will find that the sheer volume of expenditure they have implemented during the pandemic will not be recoverable from higher taxes in the same way as before. As we begin to look ahead to a post-COVID-19 society, global leaders will need to look beyond conventional taxation as they begin to restart their economies.

As economies have weakened during the COVID-19 crisis, those in intersecting sectors must work together to find the best solution to the problems that have arisen as a result. These solutions require the interests of financiers, property owners, employers, and employees to be balanced. We refer to these as ‘multi-party solutions’ and they have already become a necessary part of establishing a sense of order as society has adapted to the ‘new normal’ which will continue during the recovery period that will follow. A fundamental example is the shift to working from home. This unplanned change in working patterns has relieved pressure on public transport systems, reduced the use of city centre office space and provided employees and employers with equal power in negotiating new ways of working. In the future, this may be more effective than congestion taxes in managing city traffic whilst also improving business productivity. If so, the tax system of the future may need to be adjusted to incentivise employers (potentially via payroll and social security tax concessions) to continue with these arrangements.

However, the downsides of working from home are experienced by transport and infrastructure providers (with fewer people traveling) and property owners (with a potential reduction in the demand for city centre offices). In the short term this has placed enormous stress on the commercial and residential real estate sector as financiers, landlords, and tenants have entered negotiations and as job losses and financial instability left increasing numbers of tenants unable to pay their rent. In Australia and Singapore, for example, policy makers have started to provide support for tenants and maintain stability in the property market. In the longer-term tax measures may be needed to assist the adjustment in the property and infrastructure sectors with accelerated tax write-offs for new asset expenditure and new incentives to invest in new property and infrastructure projects.

Another good example can be found in the gig economy. This economy relies on entrepreneurship, innovation, and a group of people ready and willing to invest time in developing and testing new ideas. In 2018, it was estimated the global gig economy spending totalled $4.5 trillion and rising. However, as countries around the world have been forced into economic hibernation, new research has shown 68% of gig workers have been left unable to earn, with limited access to employment and healthcare benefits. With the gig economy having taken a heavy blow, there is an urgent need for multiple parties to unite, working together to support and stimulate growth whilst protecting gig workers during the difficult times that lie ahead. Start-ups grants, incentives and tax holidays supported by policy makers and large business co-funding should be considered as levers that can be used to accelerate the growth of the new gig economy. The products and services it creates will be a vital part of stimulating future growth.

Every government has two major levers to control the economy, taxation and spending. These two levers need to be used in concert to both balance a nation’s books, and secure long-term growth. Post-pandemic, taxes will need to be used in tandem with spending to counteract long-term budget deficits. The balance between tax cuts in key sectors, rises in others while still finding the room for investment spending is an intricate economic puzzle—not to mention a highly political decision.

Tax reductions often apply where a country sees the greatest potential for short term growth. In Germany and Austria reduced VAT rates have been applied to restaurant meals to stimulate demand, while Norway has introduced a package of tax breaks designed to stimulate investment in its oil and gas industries. In addition, allowing loss making companies to “’ash out’ deductions for capital expenditure has been suggested as a way to generate an immediate boost to business that wouldn’t be a viable option otherwise, given their losses during the COVID-19 lockdown period. Singapore, for instance, has announced a proposal to allow some limited carryback of tax losses—another immediate measure to allow business to generate cash where a previously tax paying business has gone into loss.

In addition to these changes in tax, further practical measures must also be explored as economies fire back up. The current pandemic has seen small and middle market businesses face extreme financial hardship, leaving many struggling to survive as investment has plummeted. However, the innovative concepts and technology found within some of these businesses are crucial to their nation’s future economic prosperity. Governments must recognise that capital investment and R&D are crucial cornerstones necessary to their economic recovery, with smaller, pioneering enterprises having an important part to play. Indeed, some national governments have already begun to provide support to those succumbing to the pressures of the pandemic. In the U.K., a 500 million pounds ($630 million) co-investment ‘Future Fund’ has been created to provide vital investment into the most innovative businesses. Canada has introduced a ‘Futurepreneur & Industrial Research Assistance Programme’ to support innovators and other early stage development firms that may not qualify for other wage subsidies in Canada but nevertheless need support for their innovation activities to continue. In addition, Norway, recognising the broader trend towards renewables and sustainability, has announced funding for green technology and research and development into alternative energies.

On a larger scale, the German and French governments have presented a joint plan to the European Commission for a 500 billion euro ($566 billion) coronavirus recovery fund. This plan proposes that grants are provided to affected business and so is a welcome boost to assist in the re-growth of economic activity that will be needed in the EU. The upcoming holiday season in the northern hemisphere will provide an immediate report card on the impact of travel restrictions, shutdowns, and on-going social distancing. Likely, the task ahead will be huge, particularly for tourism dependent countries and regions.

Finally, policy makers must decide how to pay for this new expenditure and make up for tax breaks. In Hungary, for instance, the government plans to fund the recovery in part by taxing large retailers. Given the already rapid growth in online retail, which has been accelerated by COVID-19, it seems this is a push against a very strong tide and would be unlikely to meet the test of encouraging investment and consumption in the economy. A more fundamental change that has been suggested is to remove the tax deduction for debt funding. The removal of such tax advantages would align debt with equity and thereby remove the ability for companies to overgear, which we saw occur following the global financial crisis of 2009. With globalisation taking a practical and political hit during the COVID-19 pandemic, one tempting area to increase revenues will be trade barriers. This could be a dangerous move, however, new tariffs will mean higher prices, reduced international trade and shorter, less sophisticated supply chains.

Tax policy adapts at a notoriously slow pace. The current international tax system is cobbled together by retrofitting old ideas to work with new business models, endlessly tweaking rates and adding exceptions. This is a prime opportunity for a new mixture of taxes to be introduced that better reflects our digitally driven economies, environmental priorities, and the imperative of economic growth.

Many countries around the world were already trying to balance economic and environmental priorities through new sustainable taxes. COVID-19 is likely to have reset some priorities (particularly in the short term) but the underlying public demand to support renewable energy and sustainability more generally is likely to again become a factor as we emerge from the crisis. As airlines have buckled under the pressure and have reached out to governments for financial support there have been calls for these rescue packages to come with green strings attached. New taxes that address issues such as global warming, conservation, and environmental preservation will need to be brought into the tax mix.

In addition, the role of global digital companies has become even more central to economic activity as business and social activity has become increasingly dependent on their services during the crisis. As a result, digital services taxes will become pivotal to recouping expenditure. However, this proved a highly contentious topic prior to the pandemic, with countries, including the U.K. and France, implementing or planning their own digital taxes while the OECD continued to persuade countries of the importance of a global solution. Now, as the digital economy has flourished over the past few months, we are likely to see more resistance to change from the larger economies who are home to the global tech behemoths. As governments begin to reshape their economies in the wake of COVID-19, it is likely they, and regulators, will prioritise other ventures. However, for developing countries that do not have the same sources of funding as larger economies (via taxation and debt markets) digital taxation will be even more important. Reflecting this mindset, the OECD, while still pushing for a global digital decision by end of 2020, has deferred the delivery of a political decision from July to October.

As we all enter the next phase of this new world, governments will need to explore new, unchartered territory when it comes to policy and taxation in order build strong economic foundations for the years ahead. Sectors will need to adapt and learn to work together, while governments must navigate this new landscape while striking a balance that re-stabilises national finances. At a global level, institutions like the OECD are to play a vital role in establishing a new system of taxation that aligns with the digital age we live in. Challenges lie ahead, but with global unity and innovative thinking, we will emerge with infrastructures that are stronger and more resilient.

This column was originally posted in BloombergTax on 17 June 2020 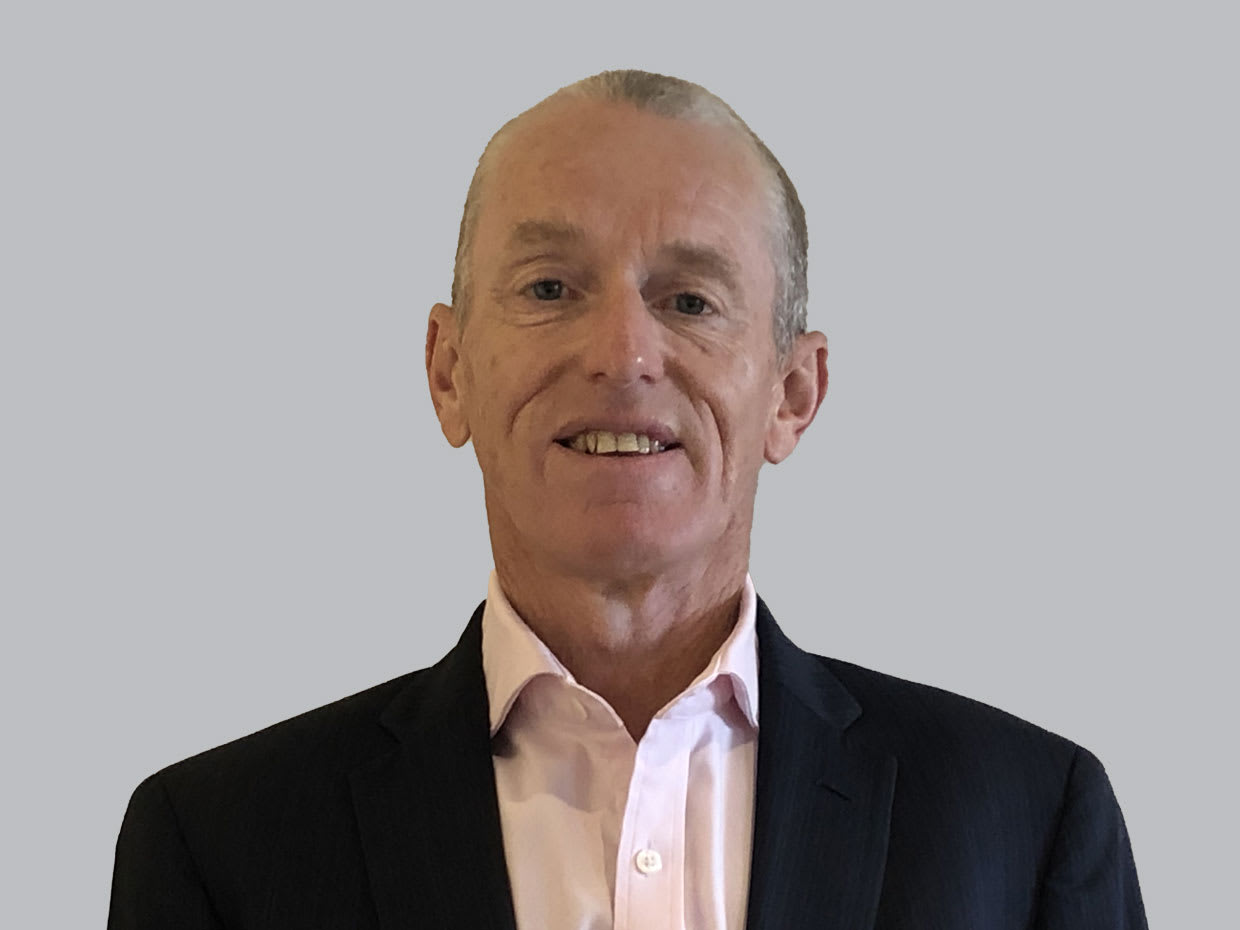