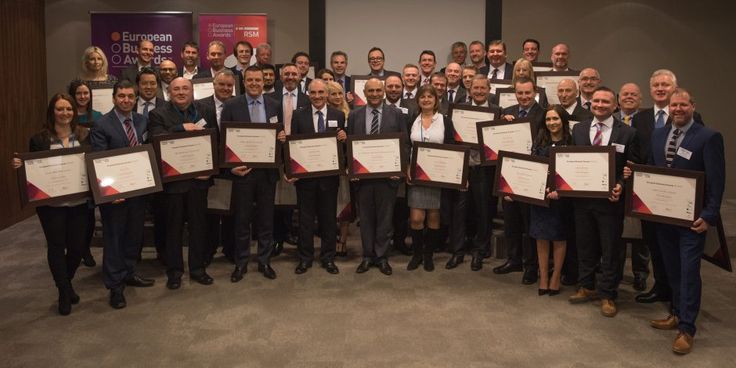 The UK’s best businesses have been honoured at an exclusive event, held at the London Stock Exchange, for the European Business Awards sponsored by RSM.

54 companies in total from across the UK were chosen by a panel of independent judges, including senior business and academic leaders.

At the event, attendees had the chance to speak to leading businesses in their field and hear from guest speakers including Adrian Tripp, CEO, European Business Awards; Jean Stephens, CEO, RSM International; and Umerah Akram, Senior Manager Primary Markets, from the London Stock Exchange.

The UK event is the fourth in a series of events taking place across Europe to celebrate the 678 National Champions from 32 different countries. Future events will be held in France, Austria, Greece, Cyprus, Germany and Brussels.

Jean Stephens, CEO of RSM International, said: “The UK is home to some truly exciting and entrepreneurial businesses, which we are delighted to champion and support. We wish the National Champions in every country every success for their businesses in the future.”

The European Business Awards engaged with over 32,000 companies from 33 countries this year, a 33% increase from last year, and a record-breaking number for the competition now in its ninth year.

The next round of the competition has required the National Champions to make a presentation video, telling their unique story and explaining their business success. The judges will award the best of this group the coveted ‘Ruban d’Honneur’ status. Ruban d’Honneur recipients will then go on be part of the grand finale in June 2016.

Separately, the National Champion videos have been posted on the European Business Awards website www.businessawardseurope.com as part of a two stage public vote, which will decide the National ‘Public’ Champions for each country in the first stage of voting, and the overall European Public Champion in the second stage.  Public voting closes on 26th February 2016.

The European Business Awards was created to support the development of a stronger and more successful business community throughout Europe.