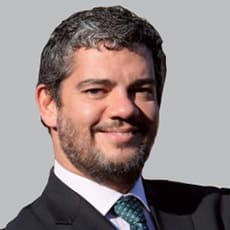 Marcos Troyjo is co-founder and co-director of the BRICLab at Columbia University, where he teaches international affairs. He is also director of the ITTI (Intelligent Tech & Trade Initiative), a multimedia project examining the impact of augmented intelligence and blockchains on global trade.

He is an op-ed columnist for Folha de S. Paulo, Brazil´s biggest circulation newspaper, and a regular commentator for global media outlets such as CNN en Español and Financial Times.

Professor Troyjo is managing partner of the Center for Business Diplomacy, a global advisory firm. He holds a PhD in sociology of international relations from the University of São Paulo with postdoctoral studies at Columbia. He is a Visiting Professor at the Russian Presidential Academy (Ranepa).

Professor Troyjo authors books on economic development and global affairs, including Trading Nation: Power & Prosperity in the 21st Century (listed by Americas Quarterly as one of the hemisphere´s best books in 2007). His latest book, Deglobalization: Chronicle of a Changing World, appeared in 2016.

Reglobalisation will belong to those countries that adapt to the onset of the Fourth Industrial Revolution, those that understand globalisation’s pros and cons, and not those hiding behind walls of protectionism. Those who want to succeed must create business-friendly ecosystems, well-established and transparent market rules and steadfast connections to transnational economic networks.
Read more