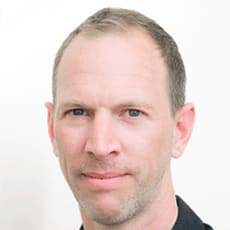 Tim Leberecht is a German-American author, entrepreneur, and consultant  with 20 years’ experience in marketing leadership roles in the design, software, telecommunications, and entertainment industries in the US and Europe. He is the founder of The Business Romantic Society, a firm that helps leaders and organizations with their vision, story, and culture change, and a Senior Advisor to global design studio and creative consultancy A Hundred Years that is specialized in social impact and long-term transformation. Tim is the author of the international bestseller, The Business Romantic: Give Everything, Quantify Nothing, and Create Something Greater Than Yourself(HarperCollins, 2015), that has been translated into nine languages to date. He is also the founder of The Business Romantic Society, a global collective of strategists, advertisers, curators, artists, developers, designers, researchers, and data scientists with the shared mission to bring beauty and enchantment to business.

Before launching Leberecht & Partners, Tim most recently served as the chief marketing officer of NBBJ, a global design and architecture firm specialized in healthcare and workplace design, with clients from Amazon, Google, Samsung, to Tencent. From 2006 to 2013, he was the chief marketing officer for product design and innovation consultancy Frog Design. Frog became famous for its work with Apple, Disney, GE, and many other Fortune 500 brands, and Tim was instrumental in establishing Frog as one of the most admired creative brands worldwide. In addition to his role at Frog, he also served as chief marketing officer for Frog’s parent, software engineering firm Aricent Group, from 2011 to 2013, where he worked closely with the Board on integrating the two marketing organizations and transforming Aricent into an end-to-end innovation services provider. Previously, he held marketing positions at mind-mapping software firm Mindjet and 3D-Internet firm Echtzeit, and was a consultant for the 2004 Athens Olympic Torch Relay and Deutsche Telekom. He began his career as a singer/songwriter and the owner of an independent music publishing firm.

Tim’s writing on marketing, design, and innovation appears in publications such as Harvard Business Review, Entrepreneur, Fast Company, Forbes, Fortune, Inc, Psychology Today, Washington Post, and Wired. He has spoken at venues including TED, The Economist Big Rethink, DLD, SXSW, Thinking Digital, Next, the Silicon Valley CEO Summit, Commonwealth Club, Carnegie Mellon, Yale University, and the World Economic Forum. He has given talks or run workshops at companies including Accenture, ADP, Airbus, Akbank, Blue State Digital, BBVA, Daimler, DHL, Ford Motors, Huge, IBM, NEC, Nike, Otto Group, Pfizer, Thjnk, UPS, Vitra, Wolff Olins, and Ziba Design. His TED Talks “3 Ways to (Usefully) Lose Control of Your Brand” and most recently “4 Ways to Build a Human Company in the Age of Machines” have been viewed by almost 2.5 million people to date. Tim served on the World Economic Forum’s Global Agenda Council on Values from 2011-2016, is a member of the NationSwell Council, and serves on the Board of Advisors of Jump Associates, a strategy and innovation consultancy, as well as a Tech London Advocate. He is the co-founder and co-curator of the 15 Toasts dinner series as well as the House of Beautiful Business.

The need for business leaders to make work more humane is more urgent than ever, but it doesn’t simply mean preserving human labour against automation at all costs; rather, it means allowing employees to be more human by honing the skills that clearly differentiate them from machines, so we can add value and enable workers to thrive.
Read more