Adaptation remains the key to survival in a complex global economy

The global economy is a complex and fragile thing. Most notably in 1982 the GDP growth rate of the global economy dropped to 0.3% of GDP. Since then, the world has witnessed several ups and downs culminating in a global recession in 2009. Almost ten years on from the credit crisis, the global economy is maintaining respectable levels of growth with output projected to grow by 3.5% in 2017 and 3.6% in 2018. A large part of this growth is driven by India, China and other emerging markets that are benefitting from global trade. In the developed world there is a greater level of scepticism about the impact of globalisation. This has manifested itself into dramatic political changes in the USA and UK. But in order to understand the business impact, we need to delve deeper.

"There is a sense that the impact of globalisation is causing people to weigh- up its benefits and assess its impacts. For middle market businesses that need to stay ahead of the changing global economy; their task has become much harder. "

The fact is that many companies are selling less in overseas markets compared to previous years. In 2016, the average level of corporate revenues generated abroad fell from 45% to 44% globally, the lowest level in five years, according to HSBC. However, whilst these declines are broad, it is not something that has been replicated in every market. In Germany and Mexico, for example, growth has actually increased from foreign revenues. So are we seeing a genuine contraction in trade? The answer to that question is almost certainly no. The World Trade Organisation forecasts that global trade will expand by 2.4% in 2017 and between 2.1% and 4% in 2018. Why is there a sense that deglobalisation is happening? The answer arguably lies in political upheavals like Brexit and the election of a US President who is sceptical of globalisation. Regardless of the political situation there is a sense that the impact of globalisation is causing people to weigh its benefits and assess its impacts. For middle market businesses that need to stay ahead of the changing global economy; their task has become much harder.

How middle markets can adapt

Whilst a great deal of attention falls on the largest companies, it is the middle market that provides the largest proportion of growth and employment. These companies are notoriously difficult to characterise but they all share a common characteristic of employing hundreds of people and achieving revenues in the millions. Many of these firms have grown from fairly small entities, but others are a result of mergers and acquisitions. Whatever their origin, these firms have an advantage over both their smaller and larger corporate cousins as they are more adaptable to change.

Adaptability is the secret to success on the world stage, but companies need to develop this attribute. For example, a middle market business may have the money to invest, but it may not have the right tools or talent. Regional red tape and stringent monetary policies can also create significant tax liabilities and make it difficult to remove money from the overseas markets. The companies that we work with have been able to adapt to these changes by holding onto their centralised office structure whilst simultaneously allocating resources to markets that are deemed the greatest priority to their business. The majority of middle market organisations have nimble supply chains and fewer internal processes to follow. All of this is co-ordinated by a much flatter operational structure as opposed to a traditionally hierarchical system that is familiar to large corporate businesses. None of these advantages means that their standards should be any less than their larger peers. As companies grow on the global stage, they need to make sure they are implementing their strategy and upholding common standards of performance. 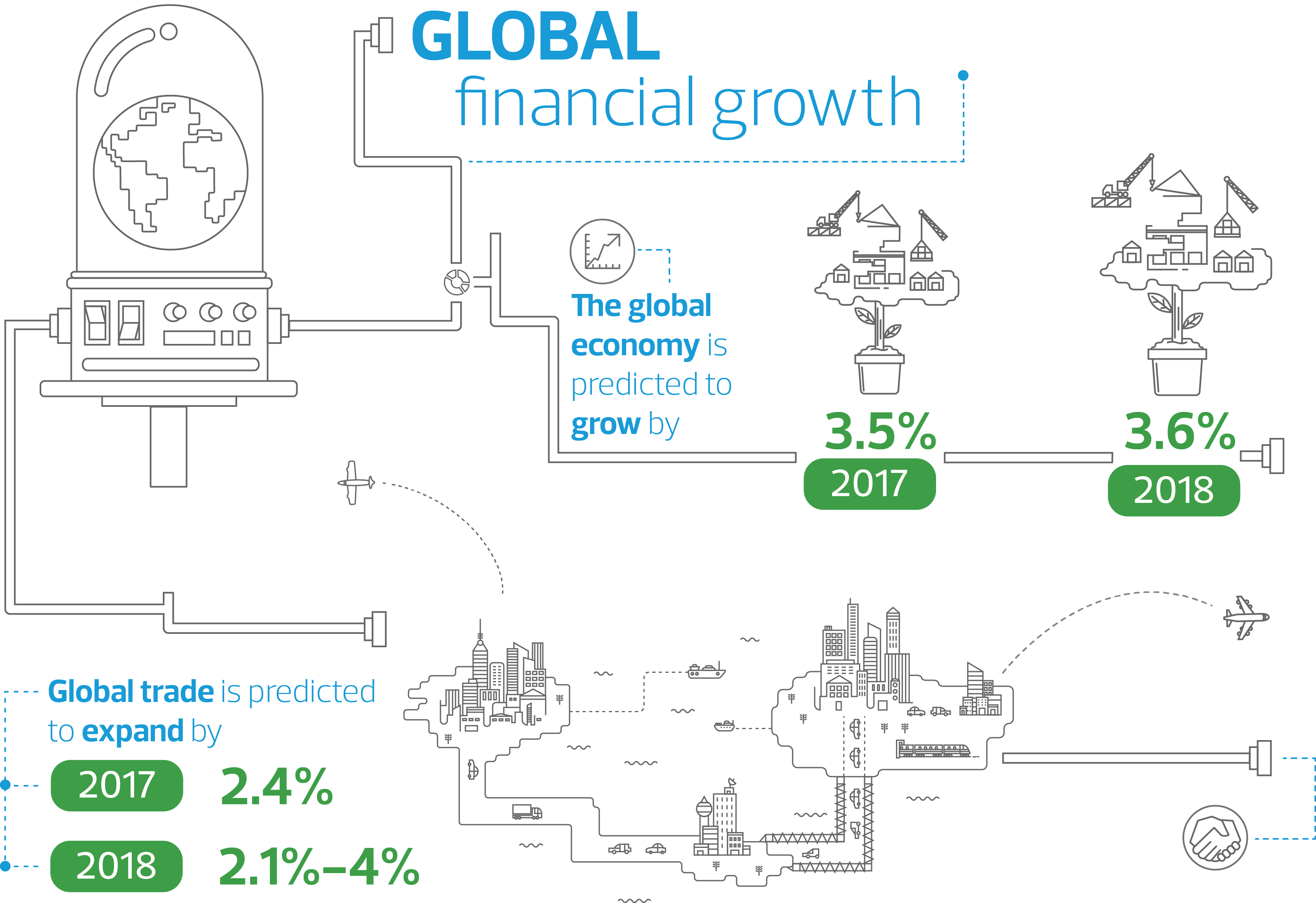 A brand will only succeed if it is has a strong strategy that is embedded within the values and ethos of the company. The same can be also said of a company’s investment plans, which also need to reflect the growth plans of the company. For example, is it better to hire more talent now or hold back on investment until major technology investments have been made? A proven business model will help a company navigate these challenges, but it can only do that if it has a strategy that is built around an understanding of the environment in which the business operates. As a consequence of this, companies have an insatiable appetite for actionable data insights.

We’ve seen this become more apparent in the corporate reporting process also where firms are demanding more and more data sources as corporate reporting expands from traditional financial reporting to CSR. For example, investors and other sources of funding might want data about the carbon footprint of a company or information related to how the company treats its employees. As companies grow outwards, so too do their footprints. As a result, it’s becoming more important for auditors of this expanded corporate reporting to understand the impact a business has on its environment. Auditing is no longer a transactional experience as auditors now play a key role in helping companies in illuminating data for stakeholders so they can make use of it. It is this shift in focus that can benefit companies that design their strategies to operate efficiently in an increasingly complex environment where there is often a shift in economic activity in or between regions. Agility is the key to success.

"It may be that the company of the future will become a globe trotter – shifting its workforce and operations every ten years as demand for its good and services shifts too."

It is the companies that can adapt to the shifting lines of world trade that will thrive in the future. According to the Center for International Development at Harvard University, economic projections are optimistic about new growth hubs in East Africa and new segments of South East Asia, led by Indonesia and Vietnam. The research also speculates that India and Uganda will top the list of the fastest growing economies to 2025, at 7.7% annually. It is changes like these that will shape the future of the global economy and the middle market will need to respond to this change.

Prioritising key markets will become even more important for middle market companies. It may be that the company of the future will become a globe trotter – shifting its workforce and operations every ten years as demand for its good and services shifts too. New technologies will also play a part in smoothing the path for global companies, as transport becomes faster and software and AI becomes ever more sophisticated. Decision making too will become easier, as better ways of collecting and processing data are already empowering businesses. This is why the global companies of the future are going to be globe-trotting adaptors rather than static cross border operators of the past. In their turn, audit firms and networks will also need to allocate local resources when and where needed to create value for the globe-trotting companies of the future.

Related articles
What is deglobalisation?