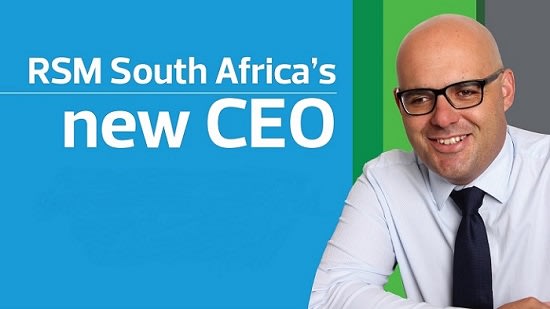 RSM South Africa would like to announce the appointment of Louis Quintal as the Chief Executive Officer of RSM South Africa, effective 1 November 2020.

After 19 years at the helm, Brian Eaton has stepped down as CEO and handed the reigns to Louis, in line with the firm’s succession plan. Brian began his professional career at the firm, then Betty & Dickson, in 1973 and was instrumental in the firm joining the RSM network.

Brian says, “Louis represents the next generation of leadership in RSM. He shows an unwavering commitment to the standards in the audit profession, as well as the RSM network.”

Louis is already intimately familiar with RSM, having joined the firm in 2004, and has extensive audit and consulting experience across multiple sectors and industries.

“I’m proud to be part of an organisation that has managed to successfully navigate their way through such a challenging time. We are stepping into a new era for business and the profession, and RSM South Africa is ready”, says Louis.

Louis is a CA(SA) and JSE approved Auditor. He currently holds the position of Commercial Head of Audit for the firm. Louis is currently also engaged on a number of initiatives with RSM International.

Louis was recognised by the RSM International network as the RSM Rising Star of the Year in 2019 due to the excellence that he has shown in his own career and in his contribution to the RSM network.