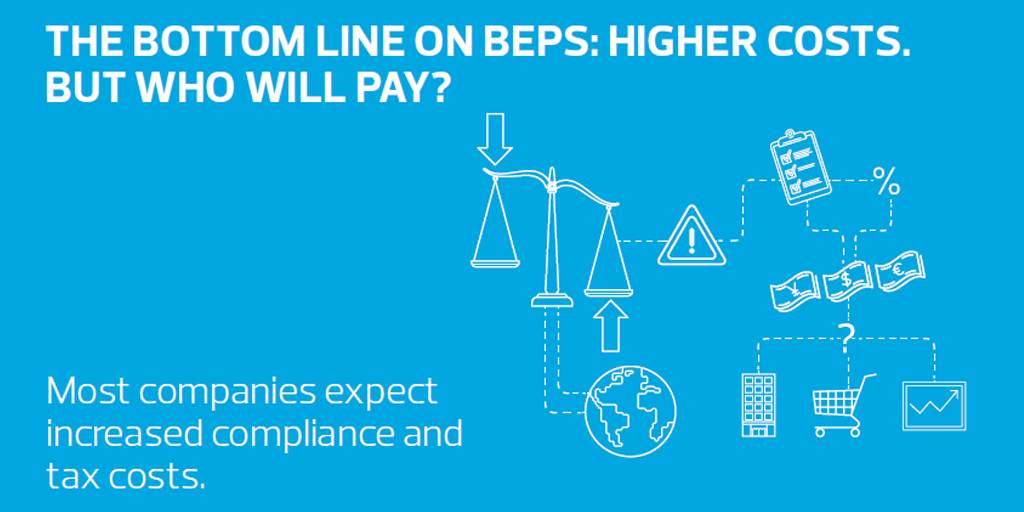 The Waiting Game: Footing the bill for BEPS?

In the words of the OECD, the aim of BEPS is to “realign taxation with economic substance and value creation, while preventing double taxation.” Based on the initial conversations in relation to BEPS, it seemed this message got lost along the way. Initially, the focus was firmly on large corporates, who some perceived to be gaming the international tax system. While multinationals were aware that BEPS was coming and that they would be heavily impacted, middle market firms and small companies stood to the side, safe in the knowledge that they wouldn’t bear the brunt of BEPS.

However, the aim of BEPS was never to force organisations to pay more tax. It is to create an equal, fair international tax system that helps organisations avoid double taxation and nation states avoid cases of zero taxation. Middle market firms are just as present in this marketplace as large corporates.

As such, it has become clear that middle market spectators will feel the impact of BEPS almost as heavily as those large corporates, who have the means and capability to adequately prepare. Middle market companies have begun to understand the issues and are making the necessary preparations. Businesses have now accepted that costs will increase and are expecting to incur these costs from two sides – taxation and compliance.

Our data shows that most business leaders believe they will incur significant costs in complying with the BEPS Action Plan. Overall, the majority of organisations expect to see increased tax and compliance costs as a result of BEPS and these costs will not be insignificant. The middle market particularly have accepted the cost increases, with the nearly half of expecting their tax burden to increase by up to 10%, and close to a third (31%) expecting an increase of more than 10%.

Who will bear the burden of these new costs remains a mystery, which in turn presents a significant strategic decision for middle market firms. The majority (53%) of middle market firms intend to absorb some of the costs themselves but some are planning to pass these costs to customers and shareholders. The reality is, at this stage, no one knows for certain how national implementations will unfold and the overall costs on business.

It is not overly surprising that organisations anticipate an increase in compliance costs, considering the widespread changes to legislation and tax administration. An organisations’ final BEPS bill will also be dependent on how different countries interpret and implement the rules. It is not yet known whether compliance costs will rise temporarily during the transition period or if the increase will be permanent.

Middle market companies, for now, will need to ‘wait and see’.