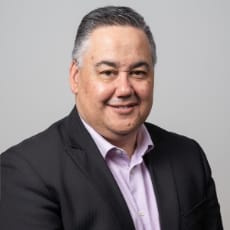 Wayne is a Partner - Audit & People based in the Auckland Central office in Newmarket. Wayne specialises within the areas of Audit and HR, specifically Training, People, Development and Recruitment and holds significant experience and expertise in these areas.

He has worked in the Audit profession in Auckland for more than 25 years, for firms Deloitte, Audit NZ, CST Nexia and Hayes Knight - the last two of which were predecessor firms of what is now RSM in New Zealand.

Wayne’s audit experience has seen him provide audit, assurance and related services to a wide range of entities across the for-profit, not-for-profit, and state sectors.   He is also increasingly called upon for a variety of bespoke assurance and consulting engagements which is testimony to his mix of technical skills, people skills as well as the appreciation of broader governance and other sensitivities.

A regular and passionate presenter and someone committed to the improvement of the skills of others and their organisations, Wayne is involved with many training and speaking opportunities.  These are both internally within RSM as well as in a variety of external forums including national conferences for a range of entities such as the National Governance Conference, the NZ IFRS Masterclass 2016, and the CA ANZ New Zealand Audit Conference.  Wayne is also passionate about sharing best practice developments and as such is recognised for his skills in the emerging area of Statements of Service Performance for Public Benefit Entities in New Zealand.

Wayne’s commitment to personal professional development of others has also seen him play a long term and very active role as a facilitator in the accountancy body’s professional qualifications programme.

For Wayne, working in Audit means that every day throws up different challenges and the chance to work with great people and help people grow and organisations thrive.

Wayne is of proud Tainui descent with his whanau’s whakapapa tracing back  to the Huntly, Whaingaroa (Raglan) and Kawhia areas in the Waikato.

Wayne has played, watched, supported and coached many sports, especially cricket, rugby, league and golf.   Wayne is also passionate about music and is an occasional Elvis impersonator.  He has a wonderful wife and four children who remind him every day of what is most important in life.

New Zealand now has an accounting standard for service performance reporting for Tier 1 & 2 Public Benefit Entities. This article looks at the rationale for this important reporting standard, what it requires, when it is mandatory, as well as some observations regarding adoption and best practice reporting.  Background S...
Read more
Events

The Incorporated Societies Act 2022 is the new governing legislation for all incorporated societies in Aotearoa.  Since it has been 114 years since the last Act it’s not too surprising that there are some reasonably significant changes in requirements.  As noted in a previous article the changes focus on improving and modernisin...
Read more

Cyber Security - been compromised yet?

Been compromised yet? It is not if…it’s when.  Thanks to the increasing prevalence of IT use and utility in so many aspects of our lives and our increasing reliance on it, sadly we continue to see increasing levels of cyber threat.  Increased use and reliance present increased opportunity. Cyber security is both a personal and a...
Read more

2021 - A year of new challenges? Or perhaps a year of raised profile of things that have always been there? Covid-19, organisational sustainability and climate risk are 3 big areas we think demand strategic consideration by all organisations.  Here’s why. Covid-19 Covid-19 continues to evolve as an issue to be addressed by organisation...
Read more

Accountants are wonderful at providing the world with new acronyms.  EER is one of these.  This article looks at what this means and why it is important and starting to attract a lot more attention.  Background: We’re not sure what it is with accountants and acronyms, but our profession seems to love them.  Is it a way t...
Read more

COVID 19 has presented those who govern and lead organisations with an unprecedented environment of uncertainty in which we must operate our organisations in. So how does one handle this and what does good governance and good leadership skills involve in times of extreme uncertainty?  Plus ca change, plus cést la même chose Some...
Read more

The rise of Matariki (the Māori name for the star cluster also known as Pleiades) in the winter skies above Aotearoa signifies the start of the Māori New Year. Matariki is becoming more widely celebrated as being a time that friends and family gather to reflect on the year past, celebrate the present, and plan for the coming year. As we stand ...
Read more

For ALL Tier 1 and Tier 2 PBEs  – Service Performance Reporting : Proposed Deferral of Effective Date of PBE FRS 48 and Update on Implementation and COVID-19 impacts. NZASB Proposal to Defer Effective Date of Service Performance Reporting from 1 January 2021 to 1 January 2022. This is an important message for all Tier 1 and 2 Public Be...
Read more

RSM is pleased to announce the promotion of Wayne Tukiri and Brendon Foy to Audit Partners based in our Newmarket office. This announcement follows on from the recent promotion of Carl Cachopa, RSM’s newest Partner based in our Albany office. RSM is delighted to see so many of our people moving ahead in their careers. Colin Henderson...
Read more

Governance Complexities of “For Purpose” Missions

Community serving for-purpose organisations navigate complex service, regulatory, funding and political landscapes on which their sustainability and mission depend. Skilled boards and governance with intent have become central to success.  This article by Craig Fisher and Wayne Tukiri  looks at some of the differences and complexit...
Read more

At RSM we love sharing helpful initiatives for the sector. If you are involved in a NFP or Charity, then the following items may be of interest for you. What is the Future for NGO Governance? RSM were recently involved in providing input into this interesting research report produced by the Centre for Social Impact in association wi...
Read more

We explore another key issue raised in the Charities Act 2005 Modernisation Discussion Document and provide some thoughts for your further consideration. Governance Standards In our experience, good governance is absolutely essential to the sustainable success of any organisation.  To throw in a mental image there is that lovely s...
Read more

Apologies to followers of our Incorporated Societies legislation updates - we're beginning to feel like the boy in the fable of 'The boy who cried wolf'!   We first wrote of this sensible and overdue update of New Zealand 1908 legislation back in early 2015.    Since then we have provided a number of update articles ...
Read more

An opportunity to hear about the review of the Charities Act 2005 and have your say. The Department of Internal Affairs has announced the dates and locations of community meetings for the Charities Act review as part of their consultation with the public.  These meetings will occur in 21 locations around Aotearoa between 6 Mar...
Read more

For any organisation to be sustainable and to thrive it is always important to read the winds of change.  By keeping an open eye to changes, one can better identify threats and opportunities.  A wind of change we have observed in recent times is a significant increase in interest in impact reporting.   Becoming great at this...
Read more

What social enterprises in Aotearoa can learn from Māoritanga

As seen on The Spinoff Social enterprise is a global phenomenon but, write Steven Moe,  Parry Field Lawyers, and Wayne Tukiri, RSM (Tainui, Ngāti Whaawhaakia), New Zealand should be using Māori cultural practices to better understand what social enterprise is – and what it could be. Until recently, not many people knew...
Read more

The first ever New Zealand Charity Law, Accounting and Regulation focused conference was recently held at Te Papa in Wellington. It was a resounding success, and RSM is proud to have played our part.   A first ever conference of its kind was held in New Zealand at the end of April with more than 200 attending the event at T...
Read more

Costs of Administration - How much is too much?

Increasingly some charities and not-for-profit organisations are becoming concerned about their level of admin costs.  So what is an acceptable level of admin costs?  Is there a magic number or percentage? The past few years has seen a huge sector-wide increase in the availability and visibility of not-for-profit and charitable entity ...
Read more

Cyber Series | GDPR: What it is and what New Zealand entities need to consider

The General Data Protection Regulation (GDPR), is coming into force on 25 May 2018 and will fundamentally change the way that businesses access, store and use personal data.  While this is European Union legislation its reach will be felt internationally including here in New Zealand. Privacy regulations in the European Union (EU) have long...
Read more

A day when the independent member firms of the RSM network celebrate our shared values of Understanding, Collaboration and Ideas and Insight – this year, with an innovative twist. September marks ‘Innovation month’ internationally across all RSM member firms, in line with this, RSM New Zealand took the opportunity to mark our global day by...
Read more

Audit, tax and consulting specialists RSM New Zealand have joined the family of sponsors to support next month’s MCKAYSON New Zealand Women’s Open. The event, New Zealand’s richest golf tournament with NZ$1.85 million in prizemoney, will be staged at the new Windross Farm golf course in Auckland from 28 September to 1 October and will ...
Read more

Just over a year ago we wrote an article on the progress and timeline of the proposed overhaul of incorporated societies legislation in New Zealand.  So where is this at now and what do incorporated societies need to do? As we have highlighted previously the Incorporated Societies Act 1908 is up for an overhaul.  The Ministry of...
Read more

Accounting for Heritage Assets - why and how?

Question: How do you value a church or a museum collection? New Zealand’s new financial reporting requirements have added clarity to the treatment of heritage assets for financial reporting purposes.  Any general purpose financial statements required by law now need to appropriately record such assets, including recording the value of...
Read more

Instances of fraud are not only becoming more prevalent but are also increasing in complexity. Auditors have a responsibility to remain alert to the prospect of fraud and professional scepticism is crucial. The CA ANZ fraud video series offers valuable insights into the experiences some of our members have had with fraud, and includes case s...
Read more

Do we have to write a statement of service performance yet?

Question:  We would be considered a medium to large registered charity.  We are aware of the changes in financial reporting requirements taking effect this year but are confused regarding these new statements of service performance.  Do we have to prepare one this year?  Help!!! Short Answer: No.  If you are ...
Read more

How to write a great statement of service performance report

A key part of the new performance reports required of charities and other entities adopting the XRB’s PBE accounting standards is the requirement to present a statement of service performance report.  So how does an organisation write a great one?  Background The mandatory requirement for registered charities to adopt the Exte...
Read more

Budgets – Your guide to a perfect(?) one

Budgets are important.  Done well they help people and organisations plan their future, monitor their progress towards it, and achieve their goals.  Hence creating a good budget for your organisation is a key skill and tool in your creating the future you want and hopefully sustainable success. We are not sure that a perfect budget...
Read more