View the past editions of insolvency reform >>

Law reform occurs in many ways.

The reserved decision of the recent hearing in the Federal Court regarding the Network Ten administration has the potential to change the face of corporate insolvency.

The Network Ten hearing is a challenge to the underlying principle of the requirement for an external administrator appointed to a company be independent (fact based) and be seen to be independent (perception based).

The role of independence

The IPAA commenced work on the development of best practice statements in 1999 on various matters including independence of company administrators. By 2002 the IPAA had issued a Statement of Best Practice on Independence of Company Administrators.

The IPAA’s various Statements of Best Practice were incorporated in the first edition of the Code of Professional Practice for Insolvency Practitioners (the Code) issued by the IPAA in 2007. This document has been revised and amended by the ARITA (formerly IPAA) since that time. The independence requirements of the Code have been largely adopted by the Accounting Professional & Ethical Standards Board in AEPS 330 Insolvency Services.

Initially the IPAA prohibited the performance of work (paid or unpaid) by an appointee or an associated entity of an appointee for the Company within 2 years of the appointment. The prohibition was replaced following representations from practitioners who practiced in large multidisciplinary practices. The exemption for an immaterial professional relationship was incorporated into the Code to satisfy these concerns.

ASIC and the legislature’s efforts

The efforts of the IPAA were not in isolation. The ASC (now ASIC) had conducted a review of company administrations in the late 1990’s.  ASC supported the IPAA’s efforts to develop their statements of best practice. The legislature imposed on company administrators the requirement to make a declaration of relevant relationships and indemnities (DIRRI) in 2007.  This implemented the recommendations of the 1988 Australian Law Reform Commission General Insolvency Inquiry (Harmer Report) and 1994 Parliamentary Joint Committee on Corporations and Financial Services (Corporate Insolvency Laws: a Stocktake).

Independence and the turnaround culture 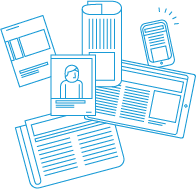 The role of the navigator is likely to include access to confidential financial and accounting information of the company. The navigator may be involved in negotiations with creditors and other stakeholders in assisting the formulation of a restructuring plan. The navigator may attend director’s meetings and advise directors in their area of expertise.

If a restructuring plan requires the appointment of an administrator to implement the plan, is it appropriate for the navigator to be appointed as administrator of the company? This may present a commercial and ethical dilemma for some navigators. It is sad but true, self-interest can be difficult to resist. Ethical rules are meant to assist in these deliberations.

Why is the Network Ten case important?

Whilst being reported as a spat between millionaires, the Network Ten case may set a precedent on the circumstances that may result in a pre-appointment engagement prohibiting a formal appointment to a company.

Will common law relax the independence requirements of company administrators?
How will the Government, ASIC and ARITA respond?

View the past editions of Insolvency Reform:

23 September 2021
Your best ally in the worst times