Oppressive behaviour as a director will bite you in the wallet

The exercise of directors’ powers came under close scrutiny in the recent decision In the matter of Optimisation Australia Pty Ltd [2018] NSWSC 31, and the directors lost out against a minority shareholder who

was also an employee.

The court considered the behaviour of the directors in a closely held company which operated as a “quasi partnership”, as it related to corporations law and employment law, finding that the directors breached their duties and acted in an oppressive manner when they:

Sections 180 to 182 of the Corporations Act 2001 impose duties on directors to act with care and diligence, in good faith for a proper purpose and to not improperly use their position to gain an advantage to themselves or someone else, or cause detriment to the corporation. Breaches of these duties give rise to civil penalties and a court may order a director to compensate a company for damages.

Under section 232 of the Corporations Act 2001, a court may make an order under section 233 if (inter alia) the conduct of a company’s affairs is contrary to the interests of the members as a whole or, as the court put it, is…….”objectively in the eye

s of a commercial bystander …… so unfair that reasonable directors who consider the matter would not have thought the decision fair”.

In this case, the court found the affairs of Optimisation had been conducted in a manner oppressive to or unduly prejudicial to an employee who was also a minority shareholder in circumstances where he was deprived of his employment without a fair offer to acquire his shares.

The court ordered that:

The case illustrates the high standards that directors must meet when discharging their duties to a company while at the same time ensuring their conduct of the affairs of a company does not harm the corporation. Failure to do so can have serious financial consequences.

FOR MORE INFORMATION ON DIRECTOR'S OBLIGATIONS AND OPPRESSIVE BEHAVIOUR
If you have any questions or concerns related to the obligations of directors and oppressive behaviour, please contact one of our Restructuring & Recovery specialists. 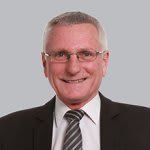 1 April 2022
RSM Business Protect Series – Do you need to wind up a solvent company?