As Baby Boomers retire from the national economy, nowhere will their departure have more of an impact than in agribusiness.

Farmers and graziers own 135,997 farms, covering 61% of Australia's landmass – 99% of these farms are Australian owned, and 99% of those are owned by family businesses.

Complicating the equation, Australian farmland values have continued to soar over the past decade, in many cases, doubling, tripling, or even rising fourfold.

The challenges farmers face drawing up succession plans cannot be overstated, with the biggest problems being managing expectations from on-farm and off-farm siblings, family breakups and a lack of communication.

Trading Trust with land held in individual names – a combination of parents and sons. 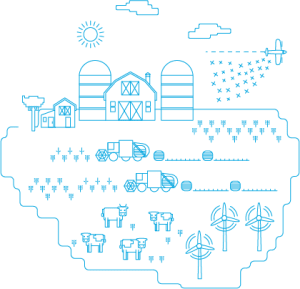 One permanent, two casuals, plus the father Tom and two sons Greg and Michael work in the business; Greg also has a part-time contracting business.

Tom took over from his father in the early 1970s; Greg went back to the farm ten years before Michael returned to the land.

Succession has taken five years; there were certain milestones achieved – as it is a farming business – some infrastructure was developed to “balance up” the two farms that Greg and Michael were to take over.

In recent years, grain storage, sheds and other infrastructure were brought up to specification for both farms.

Greg and Michael agreed on how to manage the discrepancy in cash drawings over the years. In this case, Greg had withdrawn more to pay for boarding school fees for his children. Michael on the other hand will have that impost after succession.

There was also agreement for an income stream for Tom and his wife, post-succession.

What needs to happen for there to be a smooth succession?

An understanding of who is the current...

Read the full case study and more in our latest thinkBIG Report: Your guide to succession planning

22 December 2022
Unpaid tax is at an all-time high: planning for pay day