Home / Foreign incorporated companies and changes to the tax ruling - What you need to know.
Share Print

Most will remember the 2016 High Court ruling in the case of Bywater Investments Limited. It served to disrupt a collective understanding of established principles with regard to the residency of a company for tax purposes.

Despite the multiple intricacies that influenced the ruling, many were left questioning the issue of residency.

A good two years on from this verdict, and the Australian Taxation Office’s (ATO) position on company residency is far less muddy with the application of the central management and control (CMC) test in determining residency status the subject of Taxation Ruling 2018/5 (TR2018/5).

To promote an understanding of the application of the CMC test, the statutory definition of a company residency is helpful. A company is a resident of Australia if:

Taxation Ruling 2018/5 states that CMC itself is a component of the business. Given this and for the purposes of determining residency, if the CMC and related activities of a company are in Australia, that company is deemed to be ‘carrying on business in Australia’.

Of note is that this is a substantial shift from the Commissioner’s stance pre-2017. In the previous ruling, Taxation Ruling 2004/15 (TR2004/15) provided an example which explicitly illustrated that if trading is outside of Australia, the company is not deemed as ‘carrying on business in Australia’.

While TR2004/15 does not elaborate by way of definition what constitutes ‘carrying on business’, the following commentary contained within a footnote provides some clarity:

“…where a limited or no liability company is established and maintained to make a profit for its shareholders and invests its assets in gainful activities that have both a purpose and prospect of profit, it is likely to be carrying on business within the meaning of the central management and control test of company residency”.

This footnote, when taken with the ATO’s TR2018/5, essentially provides that any foreign incorporated company deemed to be controlled and directed from Australia will be an Australian resident for taxation purposes.

The worldwide income of such companies, previously exempt, may now be assessable in Australia. The ramifications are potentially significant for foreign incorporated companies with Australian directors.

A distinction between CMC and day-to-day management in a company is key to understanding the control and direction of a company’s operations as it serves to determine the company’s residency.

In a nutshell, CMC is high-level decision making that sets the company’s general policies, the direction of operations and transaction types. According to TR2018/5, exercising CMC includes: 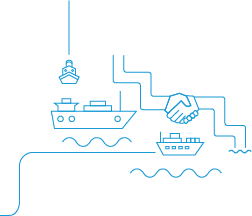 For the purposes of the CMC test, the degree to which the CMC is exercised in a certain place will influence whether the CMC is deemed to have occurred in that place. That is, an assessment of extensive and undeniable CMC in that one place would qualify a company as ‘carrying on business’ in that location.

When considering the individual directors of a company in relation to the CMC, it is not the place of residence that is relevant, it is the location from which they perform their duties that is important.

How can foreign companies protect themselves?

Foreign incorporated companies, particularly those with parent companies in Australia, need to be certain they are meeting the CMC test by ensuring that high-level decisions of these companies are undertaken outside of Australia.

An Australian parent company owns a subsidiary abroad. While the Australian parent company can be highly influential to the foreign subsidiary, even share some board members, the foreign company’s board must demonstrate that it acts with a degree of independence and makes its own high-level decisions. The foreign company’s board members should make judgments on the merits of proposals for the business, engaging independent consultants where necessary, and show they have the relevant knowledge to make the required decisions.

A company’s board minutes, as an example, have been identified as a matter most likely to influence the court’s decision. Through detailed and complete records of board minutes, a company should be able to provide evidence of all high-level decisions and those involved in the decision making. The Commissioner should be left with no doubt about who made the decisions and where they were made.

Other factors useful to provide evidence that the CMC has been exercised outside of Australia include:

TR2018/5 provides welcome relief from the ambiguity that resulted from the Bywater decision. The onus is on foreign companies with an Australian connection to understand ATO’s expectations in regard to CMC. Corporate groups for which these changes have implications should contact their regular RSM tax adviser to arrange for a health check of their current structure.

Unsure of how the changes to tax rulings will impact you? Let us help, please contact your local RSM office.