Australian expats who own homes in Australia are not the only ones at risk of paying tax on the former family home under proposed changes to capital gains tax (CGT).

The proposed changes to the CGT main residence exemption (MRE) for foreign residents was first announced in the 2017 budget, with legislation introduced to Parliament in February 2018.  The intent of the Bill purportedly was to reduce pressure on housing affordability.

The contentious Bill has been widely criticised for both the retrospective application and the lack of any carve outs for Australian expats who may have lived in Australia and owned property as an Australian tax resident for many years.

What has consistently been overlooked by the Government and the Department of Treasury is the impact of the proposed changes on Australian tax residents who obtain an interest in the family home because of a marital or relationship breakdown.

Under current law, there is a CGT MRE marriage breakdown rollover that imputes the ownership period of the former spouse to the recipient spouse where the main residence is transferred under a Family Court order for the purposes of determining any CGT on the future sale.

If the former spouse or partner is a non-resident at the time of sale, the number of days the former spouse lived in the home (albeit if they lived in the home together for many years) may be deemed taxable days under the proposed legislation changes.  Under the proposed changes, and on strict reading of the CGT MRE marriage breakdown rollover, the former (and now non-resident spouse) would not have been eligible to ever have treated the property as their main residence for CGT purposes, and as such the Australian resident spouse will face not only an unexpected and unfair tax impost, but face significant challenges, not to mention cost, to determine the tax cost base of the property and the tax payable.

With over 46,000 divorces recorded in 2016, the potential impact on Australian residents could be catastrophic.

Keeping in mind also the statistic doesn’t include de-facto or same sex relationship breakdowns.  There is a real risk where parties going through a relationship breakdown will look to sell the former marital home rather than take the risk of inheriting a tax liability that would be impossible to quantify until the home was sold.  One would have to question the impact this may have both on the Family Court and the property market.

The Department of Treasury, when questioned about the impact of the Bill on Family Law transfers by Senator Tim Storey at the Senate Economics Legislation Committee last week had to take the question on notice – stating they were not aware of any impact the proposed change may have on Australian residents.

The Department of Treasury indicated the issue may have been considered along with the impact on the death of an Australian expat, however, RSM has reviewed the Explanatory Memorandum in detail and are unable to locate any mention of concessions that will protect Australian residents from the impact of this proposed change.

This is disappointing considering that Senator Storey questioned the Department of Treasury on the impact of the proposed Bill at the Senate Economics Legislation Committee in October 2018.  As Mr McCullough from the Department of Treasury took the question on notice in October, it is reasonable to expect that he would have a full understanding of the Bill considering he was questioned on similar issues in February 2019.  Even more disappointing as the impact of the issue had been raised personally with the Treasurer, prior to the meeting of the Senate Economics Legislation Committee.

The only real solution which has been put forward by RSM and other tax advocates is to amend the proposed legislation so that non-residents are only taxed on the period during which they are a non-resident.

If you have any questions or require further information, please contact your local tax adviser. 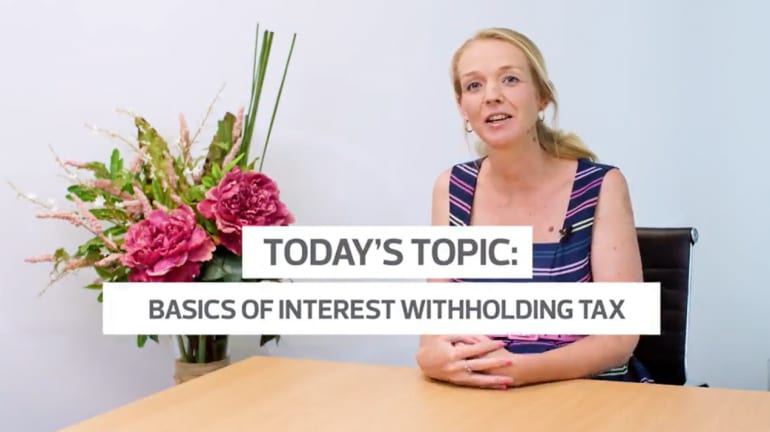 21 April 2022
Does your small business qualify for the hardship grant?