On 30 October 2019, the Federal Court handed down judgment in Addy v Commissioner of Taxation [2019] FCA 1768. The decision casts doubt over the validity of the controversial ‘backpacker’ tax originally introduced in 2016.

Justice Logan held that the tax contravened the anti-discrimination provisions of the Double Taxation Agreement (DTA) between Australia and the United Kingdom (UK), in particular, Article 25 (1) which in respect of taxation provides, the States shall not tax nationals of the other State in a more burdensome way than their own nationals in the same circumstances.

This essentially means, that if the taxpayer is a resident for Australian tax purposes, it would be a contravention of the DTA to tax the resident who is employed on a working visa differently to an Australian resident (as a foreign national would be required to be a resident of Australia for tax purposes for the provision to apply).

In this case, Ms. Addy was found to be a resident of Australia for the purposes of s6 of the Income Tax Assessment Act (1936).

However, the Commissioner amended her assessment for the 2017 year on the basis Ms. Addy was working in Australia on a working holiday visa, classed as a ‘working holiday maker’ and as such unable to claim the benefit of the tax-free threshold. 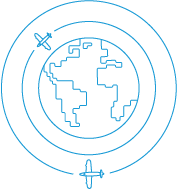 Despite meeting criteria to be assessed as an Australian tax resident, the fact she was working on a working holiday visa, meant she was denied the tax-free threshold.
The unfortunate reality for Ms. Addy was that an Australian tax resident working on any other basis (e.g. citizen, permanent residency, etc), doing the same work as Ms. Addy, would have been able to claim the tax-free threshold.

It is this disparity between the taxation of nationals of two different States, in the same circumstances, that results in a contravention of the anti-discrimination provisions of Australia and UK DTA.

Individuals who have been taxed as a ‘working holiday maker’ should proceed with caution before seeking to amend prior year returns.

It appears the decision may only have an application where there is: 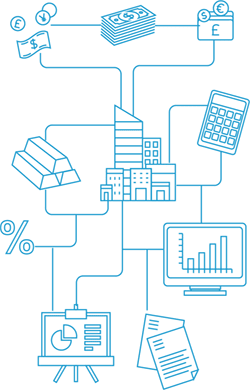 If there is an appeal, it could be some time before taxpayers have certainty as to the validity of the so-called ‘backpacker tax’.

On face value, the anti-discrimination provisions of the DTA appear very clear. This raises the question as to why the provisions weren’t considered when the legislation was first drafted by Treasury.  On review of the Explanatory Memorandum (EM) for the Treasury Laws Amendment (Working Holiday Maker) Bill 2017, it appears there is no consideration in respect of compliance with anti-discrimination provisions with DTA’s of any country, let alone the UK.

As this decision casts doubt over the functionality of the legislation, particularly where it may prove to be invalid in respect of working holiday makers from certain foreign jurisdictions, it begs the question, should Australian tax policy have ‘carve-outs’ for certain taxpayers, or should it have a broader (no-exclusion) approach.

The decision also raises the question about what other circumstances tax legislation (or proposed legislation) has resulted in a situation where certain classes of Australian taxpayers are treated differently to others in the same circumstance. One only needs to look at the recent changes limited deductions for vacant land to see a pattern of discrimination and sub-classes impacting on Australian resident taxpayers, let alone taxpayers on working holiday visas.

The ATO have issued a statement that if the Addy decision is not appealed it will only have an application to working holiday makers from the United Kingdom, Germany, Japan, Finland, Chile, Norway and Turkey.

These workers will still need to establish they are a resident of Australia for tax purposes for the decision to apply to their individual circumstances.

Employers of working holiday makers are not required to take any action. Working holiday makers who are residents of the aforementioned jurisdictions and believe they should be taxed as a ‘resident’ of Australia, will need to demonstrate that they were residents for Australian tax purposes, and this will need to be determined on a case by case basis.

If you require further advice on the impact of the decision on you or your employees, contact your local RSM office.