One of the great rites of passage for many small companies is graduating to the stock exchange, through an initial public offering (IPO).

But before all the excitement of “ringing the bell” on listing day, there is a huge amount of painstaking work to be done to get the company float-ready. 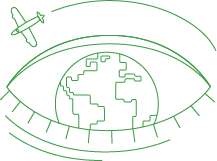 For cloud-based workforce management software company Damstra, going public was seen as a natural progression since the business’s management bought it out from former owner Skilled Group in 2016. In October 2019 the ambition was realised, when Damstra Holdings arrived on the Australian Securities Exchange (ASX) after raising $49.3 million through the sale of 39.9% of its equity.

It was a proud day, says Damstra chief financial officer Chris Scholtz, and one that put the seal on several years of expansion that had seen the company build on its Australian business by starting to export to seven other countries, including New Zealand, the United States and the United Kingdom.

“We’ve always seen international growth as one of our core pillars, because we believe that our platform and business model can be scaled and implemented on a global basis,” he says.

RSM has been a partner on Damstra’s journey since its first year as an independent company, Scholtz says.

“When we began to expand internationally, we were very aware that when it comes to tax in new jurisdictions, you have to get that right from the start. RSM has been great at getting the tax relationships established in the countries we’ve entered, and they have provided a lot of support for our international growth with strategic tax advice.”

So when it came to the methodical process of getting IPO-ready, he says, RSM was an integral participant.

“They were a crucial part of the float process, they worked on the due-diligence committee, and they worked very closely both with our auditors and our legal counsel, to make sure the listing went well,” says Scholtz.

For RSM’s director of tax services, Danette Cheung, the fact that Damstra had a clear plan from the outset to list clarified the situation.

“We also worked with Damstra’s legal advisers on drafting the prospectus, and during the IPO process I introduced our corporate finance team, who helped with the valuation of some of the shares prior to the IPO.”

The relationship is ongoing, and it is win-win, says Cheung. “I get on well with Chris and his team and I greatly appreciate the opportunity he has given us.

He has always been very transparent about what he thinks, and I’ve been the same with him – I think that is the key to a successful client relationship.”