Australia has experienced unprecedented challenges over the recent summer.  The recent bushfires were the largest on record, and have devastated vast areas across several States.  This was followed by extreme rainfall events, which included hail damage and heavy flooding in some areas.

While the impact will be heaviest on those who have lost homes or businesses, or suffered damage directly from these events, the ongoing effects will be much wider and longer lasting, with significant disruption to local communities and economies, flowing onto customers and suppliers throughout the affected regions.

In this article, we will consider the effect of these events on financial reporting requirements.

The disruption caused by natural disasters may force some businesses to close their premises or to curtail operations for several weeks or months.  IT systems and other books and records may have been destroyed or damaged, and employees may be unable to attend work.

The ATO and ASIC have indicated that they will be sympathetic to impacted businesses, and that relief and support may be available. The ATO has provided guidance for those affected within identified impacted postcodes.  Available support includes deferral of lodgements and payments, prioritisation of refunds, and suspension of any tax audits currently in progress

Similarly, ASIC has indicated that they will provide fee relief for affected business, and may extend lodgement deadlines or waive penalties on a case-by-case basis.

For 31 December 2019 period-ends, the accounting treatment of the impact of any damage or loss will depend on whether it occurred before or after the end of the reporting period.

For entities which suffered loss or damage in or before December, the impact will need to be reflected within the financial statements as at 31 December 2019.  This will include recognising the financial impact of damage or destruction of 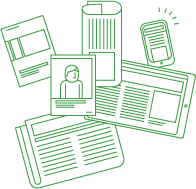 property by writing off or impairing the affected assets.  Some entities may also need to recognise a provision for clean-up costs, or for any contracts which have become onerous as a result of the disasters.  However, care should be taken in differentiating between directly attributable clean-up and restoration costs, for which a provision should be recognised, and the effect of any reduction in business or loss of profits from ongoing operations, which should not be subject to provision.

For entities where damage or loss occurred after 31 December 2019, no provision for clean-up or repair costs should be recognised in the 2019 financial statements.  The effects of natural disasters should instead be disclosed in a note to the financial statements, and, where it is possible to make a reliable estimate of the costs, this should be included within the disclosure.

Some entities may be severely affected either directly by destruction or damage to property, or indirectly by a loss of trading activity as a result of events, or by a reduced ability to access finance.  This may affect their ability to continue as a going concern.  Financial statements should be prepared on the going concern basis unless management has no realistic alternative but to cease trading.  However, where significant uncertainty exists, this must be disclosed, together with management’s plan to ensure the business is able to meet its obligations.

Where businesses have been severely affected, the directors may also wish to seek legal advice in respect of their obligations relating to insolvent trading.

Where assets have suffered damage by the reporting date, this should be treated as an indicator of impairment.  Therefore, management should immediately carry out an impairment test, assessing any remaining value in such assets, and either recognise an impairment or write the assets off if appropriate.

Even where a business in an affected region has not directly suffered damage, indicators of impairment may still exist for either tangible or intangible assets, as a result of reductions in customer demand or sales activity.  If such an indicator of impairment is identified, a full impairment test must be performed over the asset or impacted cash generating units. Any damaged inventory must be written down to its net realisable value at the reporting date, with the valuation reflecting its present location and condition at that date.

Where damage occurred after the reporting date, the change in value will be a non-adjusting subsequent event which will require disclosure in the financial statements.

Affected entities may have insurance coverage for damage resulting from natural disasters, and expect their insurers to provide compensation for some or all of the costs of repairing damage and, in some cases, of any loss of profits.  Under AASB 137 Provisions,

Contingent Liabilities, and Contingent Assets, an insurance receivable may only be recognised when receipt is considered to be virtually certain.  Assessment of insurance claims due to damage resulting from natural disasters is often uncertain, and therefore recognition of a receivable is likely to occur only when the insurer accepts the claim.

The timing of the recognition of an insurance receivable may be considerably later than the point at which the costs of clean-up or loss-of-profits are recognised, or of the write-off of damaged assets.

In most cases, where an insurer does not accept a claim, or delays payment, the affected entity will still be liable for the costs of any damage.  Therefore, the insurance receivable should be shown as a stand-alone receivable and should not be set off against any provision or impairment.

Infrastructure and other property plant and equipment is often held at fair value, but with full valuations being conducted only periodically (typically every 3 years).  The extent of any damage to buildings, roads, drainage systems and other similar assets may make a full revaluation necessary outside the usual cycle.  It may also be necessary to reconsider the useful economic lives of affected assets.

Entities impacted by natural disasters may receive government grants for disaster relief.  Some entities may also receive donations directly from the public, who have given generously in support of affected communities.