Australian farmers have been struggling with drought conditions resulting in crop failures and lack of feed and water for livestock.

According to the Bureau of Meteorology, rainfall deficiencies have affected most of the New South Wales, Queensland and South Australian parts of the Murray-Darling Basin since the start of 2017. Western Australia has also experienced drought-like conditions with farmers having to cart water and supplementary feed livestock for an extended period of time this year.

There are several concessions available to primary producers impacted by the drought and while it may not be the relief that you are looking for, every little bit helps.

The Australian Taxation Office (ATO) has a number of concessions that you can elect to use if pasture or fodder is destroyed by fire, drought or flood and the primary producer is required to dispose of more livestock than normal. The sale of additional livestock due to lack of feed or water can result in a higher income than normal which the ATO acknowledges is an unfair outcome for primary producers. 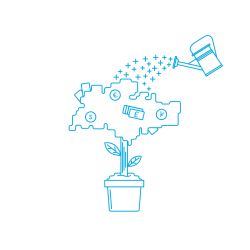 After five years any part of the original tax profit that has not been offset against the cost of replacement stock is included in assessable income.

Tax relief is also available in relation to the proceeds of the sale of two wool clips arising in an income year because of an early shearing caused by drought, fire or flood. A wool grower can choose to defer the profit on the sale of the clip from the advanced shearing to the next year.

The ATO can also help by allowing more time to pay your outstanding tax liability and waivering penalties or interest charged during a time you were drought-affected. If a payment plan is required to pay outstanding debt, then it may be possible to arrange a payment plan with an interest-free peroid.

Every situation is unique so be sure to talk to your tax advisor on which option may work best for you.