Drought-affected communities and farmers will get an immediate cash injection, with the Federal Government promising a new $100 million drought relief package.

The package will include a $33 million commitment to resuming the Drought Community Support Initiative, which provides cash-strapped farmers, contractors, and families with emergency payments of up to $3,000. 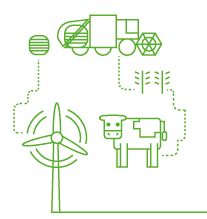 The Local Government Authorities to receive these funds include the Western Downs in Queensland, Temora in New South Wales, Coorong in South Australia and Swan Hill in Victoria.

The Government will also commit $51.5 million to simplify and extend the Farm Household Allowance (FHA), which is paid out at the Newstart rate to eligible farmers.

The Government has already made changes to simplify the FHA application process, but the Federal Agriculture Minister Bridget McKenzie described today's changes as a "radical simplification" of the "application process and key settings".

"We will remove the requirement for business income reconciliation, change the time limit on payment from four years in total to four out of every ten years, simplify the assets test, recognise agistment as being part of primary production income, and redesign the application process," she said.

"For the first time, couples will be able to apply for the payment using just one application."

In June 2019 the NSW Government announced additional drought assistance measures for farmers including a $350 million increase in the Farm Innovation Fund and $70 million to continue rebates on the Drought Transport Subsidy.