Controversial legislation enabling the removal of the capital gains tax (CGT) main residence exemption for foreign residents was originally scheduled for debate in the Senate on 16 October 2018.

The widely criticised bill was withdrawn from discussion by the government and did not make its way back on to the Senate list before Parliament rose in December 2018.  The removal of the bill from discussion further perpetuates uncertainty for Australian expats and foreign residents who own a main residence in Australia.

The intention of the proposed legislation was to remove the CGT main residence exemption for foreign residents, and whilst this may seem reasonable at first pass, the proposed legislation in its current form has much broader application, impacting not only on foreign residents (with no intention to make Australia their home) but also expat Australians and some Australian residents who obtain an interest in a main residence under a family court order.

The proposed legislation has retrospective application, so if passed in its current form, an expat Australian who, for example, had a family home in Australia for 30 years but is currently living and working overseas, would no longer be able to claim the CGT main residence exemption on the sale of the property (if they were a non-resident at the time of sale).

This would not only result in an extremely unfair and unanticipated tax impost, but it would also be in stark contrast to the CGT legislation that applied during the period of ownership of the home.

Whilst there has been a lot of discussion surrounding the contentious and, somewhat ‘draconian’ impact of the proposed legislation on expat Australians, there has been little (if any) discussion on the unintended impact on Australian residents who obtain an interest in the former matrimonial home under a family court order. 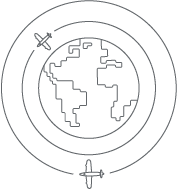 The application of the proposed changes to the CGT main residence exemption rollover for properties transferred under a family court order appears to have been considered in the drafting of the legislation but only to the extent examples in the existing legislation have been updated.  The examples have been updated to consider the tax residency of the spouse selling the home however there is consideration of the tax residency of the former partner and how this may impact on the application of the rollover.

Neither the Explanatory Memorandum nor the proposed legislation consider the impact of the tax residency of the former partner at the time of sale.  This is problematic as the CGT main residence exemption marriage rollover requires the taxpayer selling the home to give consideration to the total number of days the property was the main residence of both the taxpayer and their former partner.

If the bill is passed in its current form, there is real risk an Australian resident selling their home (which may be years after divorce and finalisation of the property settlement), will only be able to claim a partial CGT main residence marriage rollover if their former partner is a non-resident at the time of sale. The result is not only the denial of the full CGT main residence exemption to an Australian resident but could also mean significant tax liabilities on the sale of the family home, liabilities which were not able to be considered at the time the property settlement was finalised.

For a non-financial spouse who receives the former family home as the main component of a property settlement, this could have a significant impact on their future financial capacity.

To demonstrate with an example:

Sally and John were married in 1989, purchased their family home in 1990 and raise their three children in the home.  The couple divorce in 2016 and Sally obtains the family home as part of the property settlement. John’s interest in the property is transferred to her under a family court order.  At the time of transfer, John provides Sally with a declaration stating the property was his main residence from the date of purchase to the date of transfer (John did not have another main residence post separation). In 2020, Sally sells the property as she is having financial difficulties and is looking to downsize.  At the time of the sale, Sally hears from a mutual friend that John moved to Saudi Arabia in 2017 to work in the oil and gas industry and is no longer an Australian resident. What are the tax implications?

This could prove very problematic, not only from a financial perspective but also a logistical one.  In addition to being difficult, it would be unreasonable for a taxpayer who has acquired a property under a family court order to determine the tax residency of their former partner at the time they sell their former marital home.

Given the length of time of ownership and having regard to the fact the parties may always have considered the property to be exempt from capital gains tax, obtaining cost base information may be challenging, if not impossible.

The impact on this proposed legislation on both Australian residents and expat Australians is unfair and unreasonable and needs an immediate review.

Family lawyers and tax advisers with clients who may be impacted by the proposed change to the capital gains tax main residence exemption can obtain further information from the Family Law support team at RSM.