The Court agreed that Glencore had done enough to substantiate that its transfer pricing arrangements were within the arm's length range. To review our discussion of the previous decision, a link can be found here.

Summary of the original decision by Davies J 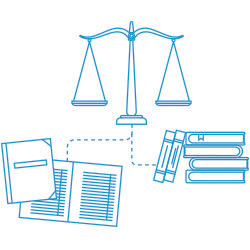 t first instance, Davies J rejected the ATO’s contentions and found in favour of Glencore, agreeing that it had discharged its statutory ‘onus of proof’ obligation to demonstrate that Glencore’s intra-group arrangements were consistent with what arm’s length parties would have agreed to.

In our view, the key reason that Glencore prevailed is that it was able to provide a substantial body of evidence to show the type of dealings that unrelated parties entered into in the open market and that these dealings were similar to the intra-group arrangements entered into.

In particular, Glencore was also able to show that there were at least seven instances of copper concentrate contracts that existed between independent parties acting on an arm’s length basis with “back pricing” optionality. Glencore was also able to show, with reference to no less than six different agreements between independent parties, contracts that included Price Sharing Mechanisms.  Most of these agreements referenced the London Minerals Exchange (“LME”) as a reference (as did Glencore’s agreements) and the price sharing percentages ranged from 20% to 27.5%.

The Commissioner submitted that CMPL agreed to a new pricing formula in February 2007 which significantly reduced its gross earnings from the sale of copper concentrate (thereby transferring part of that profit to Switzerland). In the Commissioner’s submission, CMPL got nothing for this change and so had acted irresponsibly as no party acting independently from GIAG and at arm’s length would ever have agreed to such detrimental changes.

In response to this submission, the Court considered the text of Division 13 and Subdivision 815-A and stated that the Commissioner had asked the wrong question.  In the Court’s view:

“The ultimate issue for determination is not whether an arm’s length party would have agreed to the amendments, given the pre-existing terms of trade. We agree with the submissions of the taxpayer that the framing of the issue in this way is at odds with the text and purpose of Div. 13 and Subdiv. 815-A.  Rather, the relevant issue is whether the consideration received by C.M.P.L. in the 2007 to 2009 years was less than the arm’s length consideration, as that term is defined in s. 136AA(3) of the 1936 Act, for the copper concentrate in fact supplied.  The answer to that question does not turn upon whether the amendments made in February 2007 were in C.M.P.L.’s interests."

"It may be the case that both the pre-existing C.M.P.L.-G.I.A.G. agreement and the agreement as amended in February 2007, included pricing formulae that arm’s length parties might reasonably be expected to have adopted.  Both may fall within the range of arm’s length outcomes.  In making this observation, we do not think that the pre-existing terms were irrelevant to the application of Div. 13 here.  They form part of the objective history which may bear upon the issue as we have defined it.”

he Commissioner's arguments were also predicated on the assertion that there was only one commercially rational outcome given the evidence showed that the Glencore group had a policy of maximising profits from group assets and that the commercially rational thing to do in February 2007, would have been to “stick with” the previous contractual terms.

In response to this, the Court found that:

“This so-called policy appeared to us to be no more than a bare commercial platitude. It could encompass many different ways of making a profit. In our view, there is no necessary antithesis between maximising profits and managing risk. A commercially rational entity might eschew the greatest possible earnings to lock in certainty and to avoid exposure to a risk or risks. Such an entity is still pursuing a policy of maximising profitability. It is just applying that policy conservatively.”

In almost all instances, save for an issue regarding freight charges for the 2009 income year, the Full Federal Court agreed with the conclusions of Davies J.

This judgment provides a greater degree of comfort to taxpayers that they can rely on the actual agreements they have in place, provided they can be seen in the open market. However, it should be noted that there was a fairly extensive body of evidence that Glencore had to provide, in order to prevail.

Furthermore, it should be noted that this case was decided under the previous “Division 13” transfer pricing regime, which existed prior to the comprehensive rewrite of Australia’s transfer pricing regime in 2013. The new regime in Subdivision 815-B ITAA1997 expressly contains “reconstruction” provisions which enable the Commissioner to disregard the actual contractual terms of a transaction and to substitute the terms that independent entities in comparable circumstances would have agreed to.

However, despite both points made above, taxpayers can take comfort that if their arrangements are commercially rational (e.g. in relation to potential profits and the associated management of risks), are witnessed in the open market, and they have evidence to support the arm’s length nature of their international related party dealings, then they are likely to have a strong basis for successfully discharging the statutory onus of proof with respect to the arm’s length nature of their dealings.

If you have any questions regarding Transfer Pricing, get in touch with your local RSM expert.