While it’s impossible to determine how much of US president-elect Donald Trump’s campaign promises will become policy, talk of a possible $1 trillion in infrastructure spending bodes well for commodities, especially in Australia. But don’t forget that the transition of China – now the world’s largest economy - from an investment to a consumer-driven economy remains a vital part of Australia’s ongoing growth story.

That was the overarching message resonating from HSBC chief economist Paul Bloxham at an economic briefing hosted by RSM’s Perth office. Interesting to note that when the audience at this same event was polled in May 2016 on their views on the US presidential elections,79% believed Hilary Clinton would become the next US President.

Regardless of how much the US government does or doesn’t spend on infrastructure, Paul said support for greater infrastructure investment within China, especially in the face of weaker Asian exports, could also help to sustain demand for hard commodities.

China’s plan to build infrastructure in other countries is also going to be commodity intensive, and this should be supportive of the Australian growth story. We can also benefit by exporting our knowledge base and skill set in these areas, and this should be a focus of government policy.

Despite a Trump presidency signalling pro-growth and pro-inflation, Paul expressed concerns that his protectionist and isolationist policies would be net-negative for global growth.

What concerned Paul the most are [Trump’s] plans to renegotiate NAFTA (North American Free Trade Agreement), withdraw the US from the TPP (Trans Pacific Partnership) and a proposed 45 percent tariff on all Chinese imports – plus more stringent use of trade laws to protect American workers.

Fuelling Paul’s concerns is the likelihood of direct reciprocation, with China’s authorities likely to respond with their own tariffs and restrictions.

Despite these risks, Paul remains a lot more optimistic in his economic outlook than many of his peers. He attributes his confidence to Australia’s strong ties to Asia, and notably China which were directly responsible for Australia delivering a world-beating 24 percent GDP growth since 2007.

To help put a probable $1 trillion infrastructure spend by an incoming Trump administration in context, Paul points out this represents what China has spent in the last nine months alone. Despite fears of it falling off a cliff, he says it’s important to remember China still managed to grow its economy by 6.7%.

What’s accelerating China’s shift to a consumer-driven economy, according to Paul, is the decision to finally allow wages to rise. He expects Australia to be a net beneficiary through increased demand for high-grade agricultural products, like meat, dairy and edible oils, to name a few.

Given that only 5% of China’s population currently owns a passport, he said higher wages bodes well for a boost to tourism and international education, now Australia’s third largest exporter behind iron ore and coal.

Broadly sketching his outlook for 2017, Paul expects the AUD/US$ exchange rate to fall closer to the HSBC house view of US$0.70, with a [cash] rate rise looking even more justified following the recent rally in commodity prices, especially coal.

While mining does have further to fall, commodity prices have passed their trough and will not be a drag on GDP. GDP is also expected to remain above the trend-line at 3.3%. 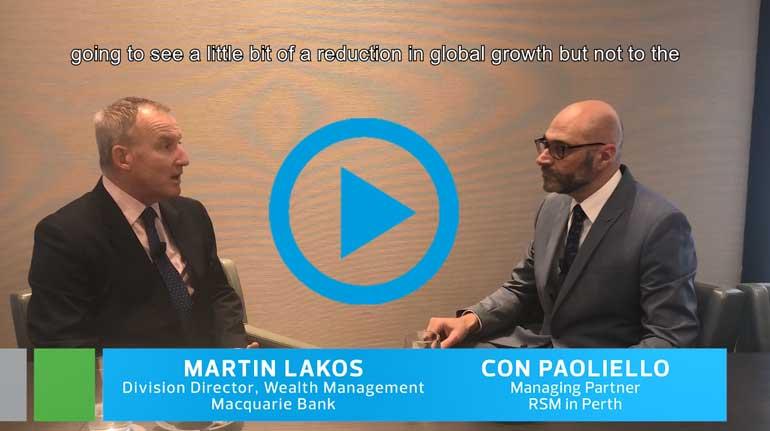