In 2015, as part of the OECD/G20 BEPS Project, the OECD released the OECD Action 2 Report which made recommendations to neutralise the effects of hybrid mismatch arrangements. In the 2016-17 Budget, the Australian Government announced that it would implement the recommendations made in the OECD Action 2 Report. The Australian hybrid mismatch rules which were passed in August 2018 were broadly effective from 1 January 2019.

In general, the hybrid mismatch rules are designed to prevent international groups from exploiting differences in the tax treatment of an entity or instrument under the laws of two or more tax jurisdictions.

It is important to note that the new rules:

The Australian hybrid mismatch rules are incredibly complex with numerous newly defined terms contained within over 90 pages of legislation and hundreds of pages of explanatory material and supplementary guidance. Despite this, there were several areas of uncertainty and defects which prevented the proper operation of the rules as they were intended to apply. The current round of amendments goes some way to remedying these defects.

In brief, the amendments to the hybrid mismatch rules are intended to:

The majority of the amendments are retrospective with application to assessments made for income years starting on or after 1 January 2019.

We discuss some of the amendments below in further detail:

This amendment is likely of broadest application and should benefit some taxpayers that were inappropriately prejudiced by the rules as previously drafted. 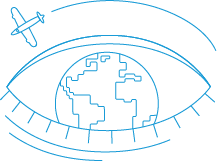 Broadly, dual inclusion income arises where an amount of income or profits is assessable in Australia and subject to foreign income tax (or subject to foreign income tax in two different foreign jurisdictions). The dual inclusion income provisions are concessions that can act to reduce the amount of a mismatch because there is no “mischief” arising where a “double-deducted” or “deducted but not included” expense is offset by “double included” income.

The amendments seek to modify this test by:

While these changes are welcomed, there are still several areas of uncertainty and additional guidance from the ATO is welcomed in clarifying the operation of the dual inclusion income rules.

Under the previous law, the definition of foreign income tax deduction referred to an amount that an entity is entitled to deduct in working out its tax base. The amendments were made due to uncertainty in applying the hybrid mismatch rules to trusts and partnerships because of, for example:

Specifically, for the purpose of applying the hybrid mismatch rules, under the amendments, trusts and partnerships will be recognised as entities that can:

Therefore, if an entity is a trust or a partnership, a reference in the hybrid mismatch rules to an amount being included in assessable income (though not necessarily subject to tax), or being allowable (or not allowable) as a deduction to an entity, will be taken to be a reference to an amount that is taken into account in determining:

However, of note, only trusts (specifically trustees and beneficiaries) may be liable entities for the purpose of the hybrid mismatch rules. This is important when considering a number of other provisions, including whether an amount is considered dual inclusion income.

If you have any questions regarding Hybrid Mismatch Amendments contact your local RSM office.