On the eve of the new financial year let’s take a look back on some of the key Superannuation Changes that will begin to affect people from 1st of July 2017. In some cases, you’ll need to take action well before then.

Here’s a quick rundown of the four biggest Superannuation Changes starting on the 1st of July 2017 and some hints about whom it may affect.

1. The amount of super that can be moved into a pension has been limited 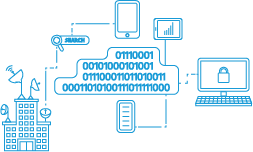 This is a new rule entirely and there was previously no limit at all to the amount that you could transfer into a superannuation pension. From the 1st of July anyone who commences pensions with a balance in excess of $1.6m will be hit with penalties on their excessive portion. It’s important to keep in mind that this isn’t a limit on how much you can have in superannuation generally, or how large your superannuation pension fund can grow due to earnings, it’s only a limit on the amount transferred into the pension phase.

HINTS for these Superannuation Changes

As happens every few years the limit to how much we can contribute to superannuation gets adjusted. This year, no surprises here, it’s a reduction. For people over 50, the reduction is significant.

* at anytime during this financial year

Hints for these Superannuation Changes

This is one of the few victories from last year’s budget. Previously if you were an employee and wanted to make a tax deductible contribution to your super fund, you had to arrange with your employer to salary sacrifice through the year and only if they permitted it. From the 1st of July you’ll be able to transfer funds, as a lump sum, directly from your personal bank account into your super fund and claim a tax deduction. This was previously only available to self-employed people but will now allow employees far greater flexibility in how they contribute to super.

Hints for these Superannuation Changes

A transition to retirement pension allows an individual to begin accessing their super monies in the final few years of their working life to offset any potential reduction in working hours and help them 'Transition to Retirement' rather than simply retiring. All of the income and earnings that occurred within the new pension fund were then also taxed at 0% making it an especially powerful tool as the income within a standard super fund is taxed at 15%. However from the 1st of July 2017 any Transition to Retirement pension funds will now be taxed at 15%.

If you feel that any of the above Superannuation Changes may affect you, contact us today.

Take a look at some other recent superannuation articles

2 February 2023
Negative Returns on Superannuation in 2022