Directors and creditors take note: Changes to the claw-back rules

In a liquidation, a liquidator has the right to take back property or money that the debtor improperly gave away before the liquidator was appointed.

"Claw-back" is the term used to describe this power, which allows the liquidator to regain any assets that should have been part of the debtor's insolvent estate, but were removed or hidden by means of preferential or fraudulent transfers. 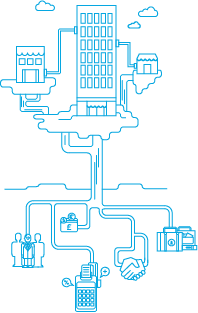 From 1 March 2017, the starting date which is used to determine the period during which a transaction may be a voidable transaction — the relation-back day — has changed as a result of amendments in the Insolvency Law Reform Act 2016 (Cth).

Where a creditor makes an application to court to have a company wound up in insolvency before the company enters voluntary administration, the relation-back day will be the date the application was filed. This may result in an extension in the claw-back period.

For directors, this is particularly relevant as should a liquidator obtain an order of the court to set aside a payment the Australian Taxation Office received as a voidable transaction, each person who was a director of the company at the time the company made the payment will be liable to indemnify the ATO in respect of any loss or damage resulting from the order.[1]

Creditors and directors should be alert to the fact that the change in legislation will, in certain circumstances mean that there are more payments that will potentially be exposed to claw-back than was previously the case.

Get in touch with a liquidation specialist.

<<  Insolvency: What does it really mean?

<< INSOLVENT TRADING
WHAT IS IT AND HOW TO AVOID IT

27 May 2022
Director Penalty Notice: Next steps