This study serves as an update to our 2013 study and provides a comprehensive insight into the change in control transactions involving ASX listed companies. More specifically, the implied premiums that acquirers are willing to pay over and above the target’s share price.

In particular, our study analyses the relationship between control premiums and a number of critical market factors. Such factors may include industry sector, consideration type, timing, market capitalisation, toehold and relationship between the prior 52-week high and the offer price, among others. Our results indicate that control premiums are influenced by each of these factors to varying degrees and at different times in the economic cycle.

We hope you find the results of the study of interest and value, providing some insight as to what to expect from potential M&A transactions over FY2017 and beyond.

Graph one provides an overview of the median control premiums by industry sector, based on the closing share price of the target company at 20, 5 and 2 days prior to the announcement of the offer. Our analysis primarily focusses on the 20 day pre-bid premiums which, in our view, is less likely to be influenced by bid speculation.

Our analysis highlights the considerable variability in average pre-bid control premiums across different industry sectors. Graph 1 shows that sectors such as metals and mining, IT and software, health care and telecommunications exhibit above average control premiums ranging between 30% and 40%. Whereas control premiums in the real estate, industrials and banking sectors tend to exhibit a tighter range, where the bid price appears to be anchored toward the asset value.

The results also indicate that certain industries tend to attract more M&A activity within the Australian economic landscape, which can have a major bearing on the overall average control premiums observed.

Our results indicate that, as size increases, the size of the control premium decreases, while the starting values and the degree of change for each size band is significant. For entities of less than $50m market capitalisation, both average and median control premium at 20 days pre-bid is 40% whereas, for entities of greater than $500m market capitalisation, this value is less than 25%.

The control premium when segmented by market capitalisation is also influenced by the industry mix within each size band. As the general control premium for some industries is higher than for others, this mix will tend to influence the premiums observed in each band of companies by size. 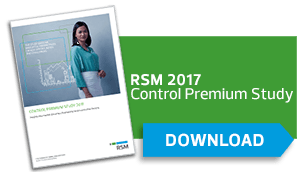