The accounting impact of AASB 16 Leases has received extensive coverage, but, for many businesses, the impact is likely to be felt far outside the accounting function.

On Monday June 5th 2017, Retail Food Group, the owners of brands including Gloria Jean’s, Brumby’s and Donut King, suffered a share price fall of over 11% in a single day.

The fall followed the publication of a report by UBS analysts which attempted to analyse the impact of AASB 16: Leases on RFG’s results.

The report suggested that the impact would be significant to RFG’s financial results.  “Balance sheets will grow, gearing ratios will increase and return on capital employed (ROCE) will generally fall,” noted UBS.  RFG disputed the report’s conclusions, noting that they were 'speculative guesswork', but the effect of the UBS report demonstrates that the potential impact of the adoption of the new lease standard, which is effective for periods beginning on or after 1 January 2019, is more than just a technical accounting challenge.

RSM’s previous article set out the accounting requirements and implications of the new standard.  In this article, we will consider the wider challenges and note some unexpected impacts that the new standard may have.

1. More Companies May Require an Audit

The requirement of AASB 16 is to recognise both 'right to use' assets and lease liabilities in respect of what were previously operating leases.  This can have the effect of 'grossing up' the balance sheet – significantly increasing both the asset base and the debt shown. 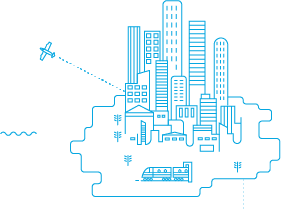 Australian private companies are required to have an audit only if they meet two out of the three size criteria in the Corporations Act 2001 - $25m of revenue, $12.5m of assets and 50 employees.  Some companies which were previously under the assets threshold may find that the impact of the new leasing standard is to increase their asset base to a size where they require an audit for the first time.

2. Mergers and Acquisitions may be more challenging

The application of the new standard is likely to present challenges for entities engaging in M&A activity.  Applying AASB 16 will change several key metrics used in assessing acquisition transactions.

The above issues may make it harder for a potential acquirer to assess the performance and cash-generation of any potential target.  As always, thorough due diligence and the principle of caveat emptor will apply.

3. Banking Covenants may be harder to comply with

Many lending agreements include covenants requiring the borrower to comply with particular financial ratios.  Common ones include gearing (debt to equity) and interest cover (interest expense compared to profit), or variants upon these ratios.  Adoption of AASB 16 Leases may significantly alter these calculations.

In particular, gearing is likely to increase in situations where significant lease liabilities are brought on balance sheet.

Similarly, costs that were previously recognised in operating expenses as rental payments will now, in part, be recognised as an interest expense, which may materially reduce interest coverage.

Affected entities may need to calculate the potential impact, and to enter into negotiations with banks or other lenders prior to the adoption of the new standard in order to ensure that there is no unexpected breach of any lending covenant.  In some situations, it may be necessary to prepare calculations on both the old and the new bases for a transitional period.

4. Changes to EBITDA may be significant

This may seem initially appealing to some entities, as an increased EBITDA might seem to suggest a better performance.  However, there may be an unintended impact where EBITDA has been used as a key performance indicator.

5. Effects on Systems and Data

Many businesses manage their leases in a relatively decentralised way.  Lease arrangements may be entered into by several different departments, which may not consult with the finance team prior to entering into the lease and may not realise the accounting impact of different leasing structures.  There may be no central repository or register of all leases that an entity holds.  Even if such a register does exist, it may not hold all of the information necessary to apply the requirements of AASB 16 Leases.

Furthermore, some leases, particularly those entered into many years ago, may not be held in electronic form, and original paper documents may be difficult to locate.  This may make it difficult to calculate the one-off impact at the point of first-time adoption.

While AASB 16 will be challenging, it may also represent an opportunity for entities to streamline and centralise their management of leases, and to ensure that all relevant data is captured.  This may assist not only with financial statement preparation but also with more effective lease management and oversight in day-to-day operations.

A new approach to lease accounting >>

Determination of whether contracts contain a lease >>

what is part of the lease contract >>