Accounting for the R&D Tax Incentive

The R&D Tax Incentive has been in place since 2011.  However, uncertainty remains over the appropriate accounting treatment for it in financial statements.  Ralph Martin, RSM’s National Technical Director, considers the matter:

The Research and Development Tax Incentive (“R&DTI”) is a scheme whereby companies can receive a tax offset which can partly fund eligible R&D activities.

The R&DTI has two components

RSM’s specialist R&D tax team can assist with the lodgement of R&D tax incentive claims, including advice on which types of expenditure are eligible.

This article considers the appropriate treatment of R&DTI claims within financial statements prepared under Australian Accounting Standards, which are fully aligned with International Financial Reporting Standards (“IFRS”) for for-profit entities. 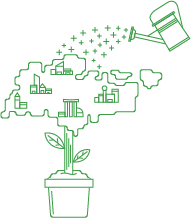 For small companies with revenue of less than $20m, the R&DTI should be recognised as a government grant, in accordance with AASB 120 Government Grants.  This means it will be recognised as part of profit before tax, either as income or as a reduction of the associated costs.

The amount received should not be recognised as a credit against the income tax expense.

The basis for this treatment is that the R&DTI for small companies does not fall under the scope of AASB 112 Income Taxes.  This is because the scope of AASB 112 is restricted to only those taxes which are based on taxable profits, whereas the small company R&DTI is received in cash regardless of whether any taxable profits are generated.  Since the R&DTI represents a form of government assistance, it is instead best characterised as a government grant.

In respect of the non-refundable R&DTI available to entities with revenue over $20m, the treatment is less clear, and as a result diversity in practice has emerged.  Since the R&DTI is deducted from income tax liability, there is a link between its receipt and the existence of future taxable profits, which would put it within the scope of AASB 112.  This is the most common practice.

As a result, three options have emerged for the treatment of the non-refundable R&DTI.  The choice between the three is an accounting policy choice under AASB 108 Accounting Policies, Changes in Accounting Estimates and Errors, and, if material should be included within the disclosure of accounting policies within the financial statements.

Similar to the refundable tax offset, the R&DTI will be treated as a government grant.  It is therefore recognised as a credit in the income statement against profit before tax, with the credit being spread over the periods necessary to match the income with the costs for which it was intended to compensate.

The R&DTI will be treated as a reduction in the income tax liability of the entity, and therefore offset against the income tax expense in accordance with AASB 112.  If there are no taxable profits against which it may be offset, it would be treated similarly to any other tax loss – a deferred tax asset could be recognised subject to the usual requirements that it is probable that sufficient future taxable profit will be available against which the loss can be set off.

This approach adopts a “split accounting” concept.  The entity recognises an amount corresponding to its corporate tax rate (usually either 30% or 27.5%) as an offset against taxable profits.  The additional incremental portion, of either 8.5% or 11% is recognised as a government grant under AASB 120 and forms part of profit before tax.

Entities should document the basis for their accounting policy choice, and, where appropriate, discuss with their external auditors.