In 1987, Aretha Franklin finally got the respect she deserved by being the first woman inducted into the Rock ‘N’ Roll Hall of Fame. Also that same year, the Australian Taxation Office (ATO) released Income Tax Ruling IT 2450 to determine how to return income and recognise expenses on long-term construction contracts.

Long-term construction contracts relate to construction work that extend beyond one year of income. This, therefore, includes construction projects that straddle two or more income years. 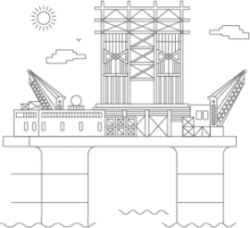 This week, the Commissioner of Taxation has issued draft Taxation Ruling “TR” 2017/D8 which deals with the income tax treatment of long-term construction contracts as part of “Project Refresh” which is the ATO’s initiative to modernise public rulings.

In line with the ATO's intent, the draft TR is condensed. Under the draft TR, the Commissioner has not altered the existing income tax treatment of long-term construction contracts.

It remains the Commissioner's view that:

What You Should Watch Out For

Draft Ruling TR 2017/D8 is expected to be finalised effective from 1 January 2018. This date coincides with the implementation of AASB 15, a new accounting standard relating to long-term construction contracts which is being introduced by the Australian Accounting Standards Board. AASB 15 will see changes to the way businesses account for income and expenditure associated with long-term construction contracts. Revenue is recognised under accounting principles when performance obligations are satisfied, that is when control has passed to the customer. In contrast, tax law recognises income when it is derived and expenses when they are incurred.

The draft TR refers to...

..."only costs that are identified as likely to be incurred over the period of the contract and which are properly deductible are taken into account in calculating notional taxable income… It is not sufficient to make a general claim for unspecified costs likely to arise on the happening of some future event... It is permissible to take into account a reasonable amount for probable costs in remedying defects etc. during the maintenance period.” 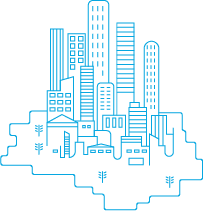 In addition, tender costs are not to be taken into account under the estimated profits basis. Tender costs are considered costs on revenue account and are therefore deductible in the year that they are incurred, even if the tender is unsuccessful.

Interestingly, IT 2450 allowed small business associated with the industry such as “spec” home builders to continue to return income on the basis that was being applied prior to IT 2450 being issued.

In IT 2450 small businesses could return income on the basis of receivables and expenditure incurred. This has not been replicated in TR 2017/D8.

Please note at this stage this is only a draft ruling.

The draft TR once finalised is proposed to apply from 1 January 2018.