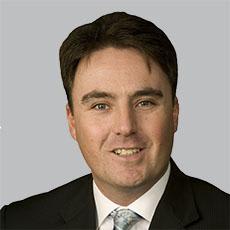 Tim Gumbleton is widely sought out to assist businesses and individuals throughout the majority of NSW and VIC struggling with too much debt to find solutions to restore solvency or in some cases, close the business with as little complication and risk as possible.

Tim has been employed in the accounting and insolvency profession continuously since he left university, having commenced his career with a small firm in Canberra before moving to RSM in 2008.

“From an early age, I was surrounded by Clubs and not-for-profit organisations, agribusiness, and also the culture and heritage of growing up in a small country town in Western NSW that was once also the site of an Aboriginal mission. As such, I am uniquely positioned to pursue improved outcomes for Indigenous businesses, Clubs, and not-for-profit organisations that may not be functioning as well as they could. My role is at times the difference between a business continuing or closing forever.”

im comes from a rural background and has spent a lot of time working on farms. One of his most memorable roles to date was his three-year stint during University holidays working with Bartters Enterprises,(which is now better known as Baiada/Steggles). For those that have stepped foot in those sheds with 10,000 hens and 2,000 roosters will attest, Tim finds his office job a bit easier!

To his clients and wider network, Tim is recommended for his independent and pragmatic advice, including his demonstrated ability to resolve disputes, develop and implement complex debt solutions and manage sensitive and commercial financial and governance issues. 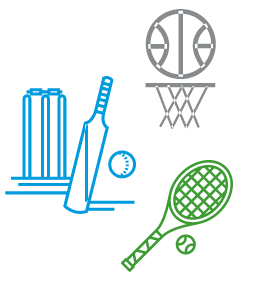 Tim is often sought out to resolve commercial and business disputes and in the past has been labelled a "corporate umpire". Perhaps then it is not surprising that in his spare time, Tim also umpires cricket in the NSW Premier Cricket Competition in Sydney!

In his spare time, Tim is a major sports fanatic who enjoys cricket, basketball, golf, tennis,  AFL, and Rugby (just to name a few!).

Tim has worked extensively throughout Australia across a wide range of sectors, including helping clients in metropolitan, regional, and exceptionally remote areas. This has included Cape York, North Queensland, Western Australia, Victoria, and smaller communities within New South Wales.

One major project was with a Government Department to restructure and turnaround an Indigenous Health Service in a remote Indigenous community in Cape York (QLD). This project period was in excess of 12 months and culminated in the restoration of Government funding, sound operations, and strong governance. Tim spent weeks at a time in the community and had the opportunity to participate in community activities including touch football and Christmas celebrations. 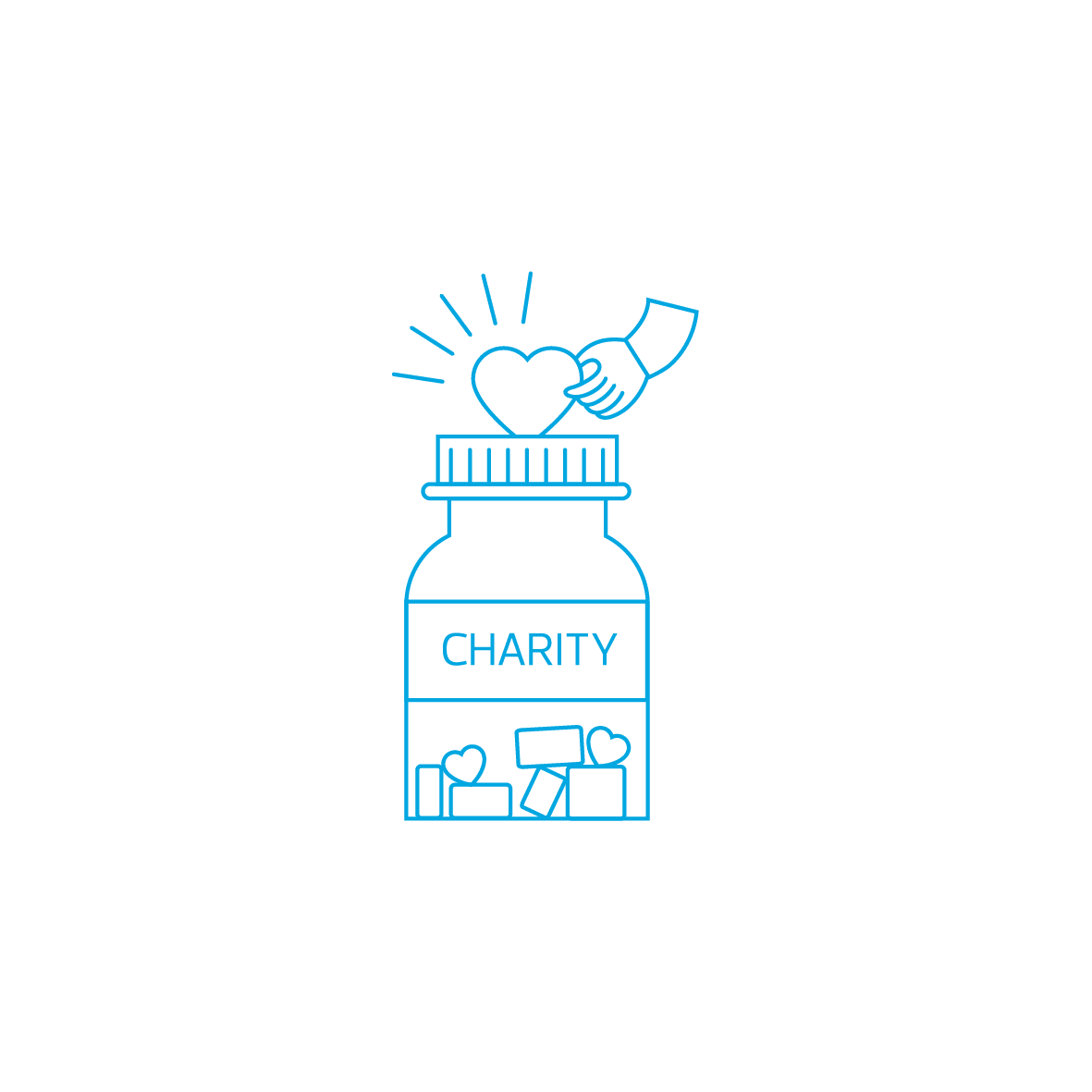 Business Crisis: Where to start?

We continue to assist business owners to prepare and respond to crisis that may arise in their business. Crisis management generally involves preparing for the effects of crisis on a business and then minimising the extent of the disruption and damage by getting things back on track as quickly and smoothly as possible. As business crisis ma...
Read more

RSM Business Protect Series – Do you need to wind up a solvent company?

RSM’s Restructuring & Recovery team at Port Macquarie on the mid-north coast of NSW is seeing an increase in enquiries from members/shareholders seeking to minimise their tax burden, or safely bring their company to an end via a Members’ Voluntary Liquidation process. A Members’ Voluntary Liquidation Process is also commonly referred t...
Read more

RSM Business Protect Series – Are you having difficulty resolving a dispute?

RSM’s new Corporate Advisory Hub at Port Macquarie on the Mid-North Coast of NSW is continuing to see an increase in enquiries from business owners that are looking to protect themselves in business. This month’s “Business Protect” insight focusses on dispute resolution and the options available when negotiations stall or a particular is...
Read more

RSM Business Protect Series – Are you a supplier? How to limit bad debts.

RSM’s new Corporate Advisory Hub at Port Macquarie on the Mid-North Coast of NSW is continuing to see an increase in enquiries from business owners that are looking to protect themselves in business. This month’s Business Protect insight focusses on supply risks and considerations for business owners in seeking to limit their bad debts....
Read more

Tim Gumbleton, a principal at professional services firm RSM Australia, which undertakes insolvency work but is not involved with the Southern Bay liquidation, explained that a liquidation can be either via court process or initiated for protection from creditors on a voluntary basis. ...
Read more

The Rising Risk of Personal Liability for Directors and Business Owners

Do you need to better Protect Yourself in Business? RSM’s new Corporate Advisory Hub at Port Macquarie on the Mid-North Coast of NSW is seeing rising enquiries from business owners that are looking to protect themselves in business. Life in business continues to be tough notwithstanding record sales and revenue in some industries as compare...
Read more

RSM’s new Corporate Advisory Hub at Port Macquarie on the Mid-North Coast of NSW has seen increased enquiries from businesses that are struggling to deal with the day-to-day uncertainty and rising risks in their business. The constraints on business are real and whilst many businesses are extremely busy this may not necessarily translate into ...
Read more

Having a failing business is mentally tough

It takes its toll: mental health and the fear of bankruptcy. This month Andrew Bowcher, an RSM Partner based in Wagga Wagga, shares his personal experience of working with people who are facing potential bankruptcy. After nearly 20 years with RSM, he has worked with a lot of clients and heard a lot of personal stories.
Read more

How bankruptcy impacts property, employment, income and your superannuation

The following table is an overview, in general terms, of the common examples of property retained by a bankrupt and available to a bankruptcy trustee based on the provisions of the Bankruptcy Act, 1966 and the various currently prescribed statutory limits, which are subject to change. The table is not intended to be an exhaustive list as th...
Read more

Rebuilding after COVID-19: Small business restructuring in the property sector

Are you a sub-contractor operating in the property sector and struggling with too much debt? Are you owed money by small-to-medium enterprise (SME) businesses that cannot get their accounts up to date? This article outlines the new Small Business Restructuring arrangements recently introduced by the Federal Government in response to the anticipa...
Read more

When a business or other venture fails, the primary concern many people have is their level of personal liability. Mainly, “How much am I personally liable for, and will it impact my family?”. Particularly after changes to the DPN regime, company directors now carry personal liability for: outstanding BAS/PAYG outstanding employee en...
Read more

Superannuation & Bankruptcy - all you need to know

An individual’s superannuation is generally considered to be somewhat of a safe haven when contemplating asset protection, financial risk management, and the implications of bankruptcy. The safe-haven concept generally arises as under the law a bankrupt’s superannuation is considered to be “non-divisible property” in the event of bankrup...
Read more

When to develop a small business restructuring plan

Do you have a small business with too much debt? What you need to know about the new small business insolvency reforms. On 1 January 2021, changes to Australia’s insolvency framework came into effect with new law implemented to assist in restructuring and relieving the debt burden of struggling small businesses. The changes are wide-ranging an...
Read more

Post Pandemic - Is your payroll system the next disaster?

While most employers don’t deliberately underpay employees, errors can occur. Coles, Woolworths, Hero Sushi and MasterChef George Calombaris are the latest in a long line of companies and franchises to be caught in payroll scandals as a result of outdated payroll systems. Errors can also go the other way, with companies inadvertently overpaying e...
Read more

Do you have a business recovery plan?

The relaxation of the COVID-19 protocols is good news for business, but… What’s your plan now? Do you have a recovery plan? We are continuing to experience the ongoing impacts of the lockdown, however welcome relief is on the horizon.  By now you have likely put your business hibernation plans into action and are continuing to g...
Read more

Small business owners take note! At RSM, we have seen many businesses with cash flow problems or debt recovery issues successfully turned around as a result of early action on the part of directors and business owners.   Unfortunately, business failures usually occur where action is taken far too late to enable any chance of turnaround or...
Read more

How to avoid becoming a zombie company

Like the traditional walking dead, zombie companies wander aimlessly and unsteadily, not quite alive but still moving. The term ‘zombie companies’ has become more common as low interest rates let otherwise struggling companies battle on. In the past, many of these underperforming organisations managed to slip under the radar, escaping insolv...
Read more
Events

RSM’s new Corporate Advisory Hub at Port Macquarie on the Mid-North Coast of NSW has seen increased enquiries from businesses that are struggling to deal with the day-to-day uncertainty and rising risks in their business. The constraints on business are real and whilst many businesses are extremely busy this may not necessarily translate into ...
Read more

The future looks bright for Leeton Soldiers’ Club following the recent payments to its creditors as facilitated by the agreement with the Club’s Administrators and the implementation of the necessary governance, capital and operational improvements to safeguard its future.     The Leeton Soliders' C...
Read more

The Area News | Hanwood club out of debt

CONTROL of lawn bowls and bar trading is set to be returned to the Queanbeyan Bowling Club's board after the club's creditors voted in favour of the administration's deed of company arrangement on Monday.   ...
Read more

New board takes on Elders Council