We believe in giving back to society. Besides sponsoring some book prizes and bursaries of various local polytechnics, the company also matches dollar for dollar, all staff contribution to the SHARE (Social Help and Assistance Raised by Employees) programme that was started since 1993.

Other ad-hoc support for charity includes:

We are proud to be a contributing partner of Care Corner's Carevolution initiative. 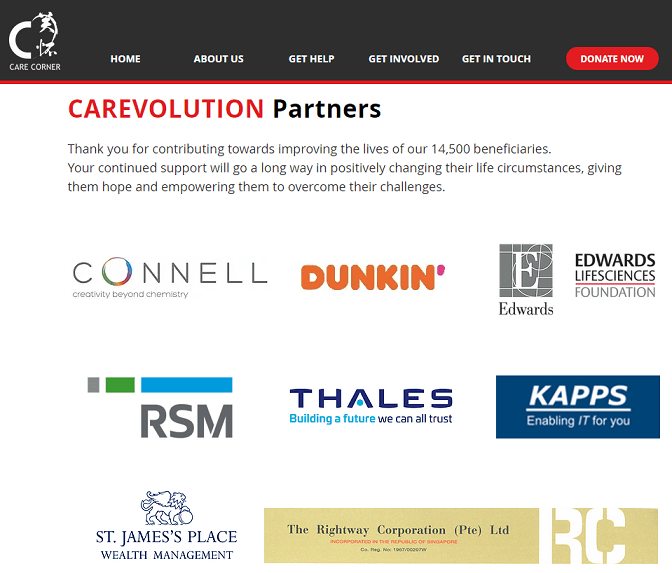 RSM is proud to support our youths in ‘Impact through inspiration E-Ideation 2021 @ North West’, an initiative by the NTU Welfare Service Club – Growth & Opportunities (“GO!”) to encourage our young to realise innovative ideas to promote sustainable development and make Singapore a better place for the elderly in Singapore.

Passion is at the core of our value system.  Besides the passion to help growing businesses, passion to us is also having the heart for the community and to support and help groom our next generation. We hope to see more youths being involved in such worthy causes and to make an impact in our community! 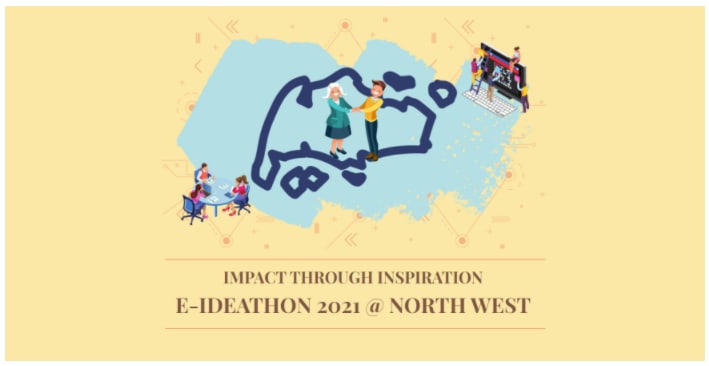 Bringing on the Festive Cheer in Time for CNY!

What can be more satisfying than seeing the elderlies smile and live in an improved environment? On 16 January, a team from RSM joined other volunteers in Project Refresh to spring clean and repaint the homes of the less able-bodied elderlies in Radin Mas, in time for the Chinese New Year. This initiative  by the Radin Mas Community Club also targets to replace 600 old beds and beddings in these households. 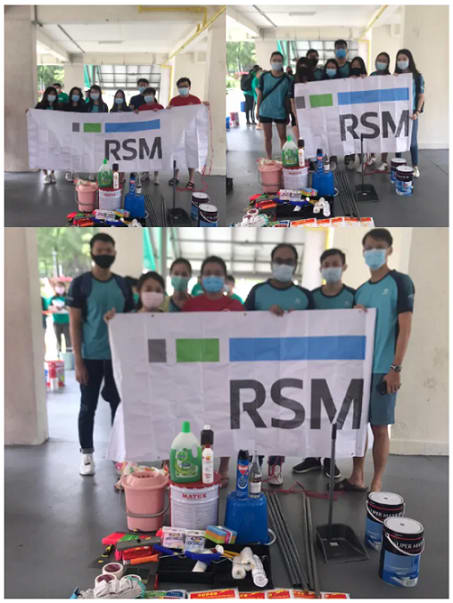 1,200 of our staff in Singapore, Malaysia, and China stepped up to the 35 million steps challenge with fun trails through national parks, reservoirs, hills, nature reserves, and even shopping malls, to raise a total of S$350,000 for charities in the three countries. This charity drive was organised to mark our 35th Anniversary. Through this walk, our staff at their respective location also strengthened their bonds that translated into even more cohesive work teams. Catch our staff in action by clicking the banner below.

RSM Reads for a Good Cause

RSM helped raise 1,000 books in this year’s Read for Books Charity Drive by the National Library Board (“NLB”). For every 10 people who read for 15 minutes in an organisation, NLB would donate one book to WondeRead. The books, sponsored by Scholastic Education International (Singapore) Pte Ltd benefitted 838 children from 16 social service agencies. This charity book drive aimed to promote reading and share the joy of reading with the less privileged.

RSM is also a participating organisation of NLB’s Read @ Work programme aimed at inculcating good reading habits and reading culture within organisations. Tay Woon Teck, Partner of RSM, has been organising book reading sessions in the organisation—starting with the Advisory department—with resounding success. The latest book featured was Grit by Angela Duckworth. 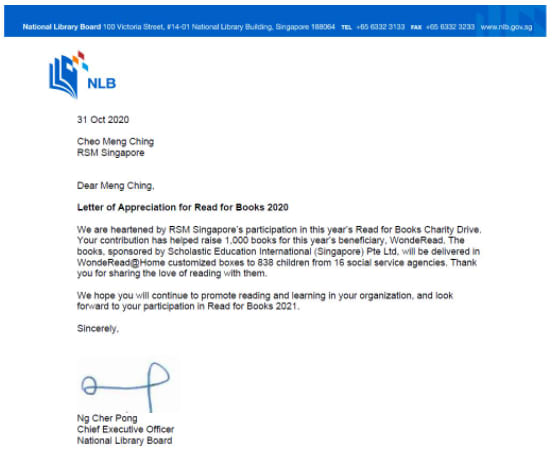 RSM closed 2019 on a positive note for a good cause where we contributed $6,488 from our "Christmas Charity Bazaar 2019" to St Luke's ElderCare. Mr Chee, CSR Head of RSM, presented the donation to Mr Benjamin Poon, Asst Manager of Communications & Partnership of St Luke’s ElderCare. 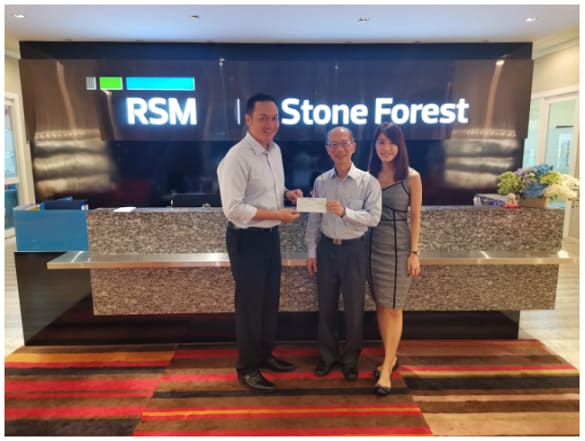 Jointly organised by RSM, Zhang Clan and DCS Synthesis, more than 50 volunteers turned up for the event on 28 Dec 2019, and rolled up their sleeves to spring clean the homes of 10 needy families living at the Radin Mas neighbourhood. 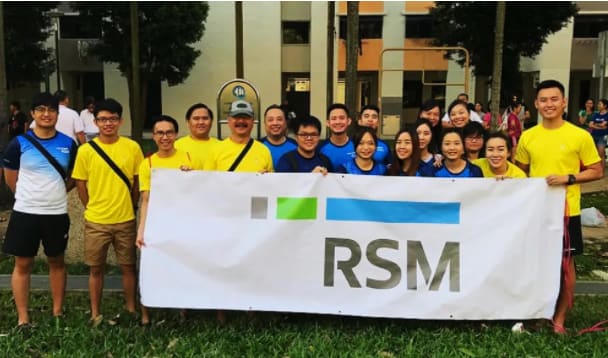 RSM volunteers once again joined the National Kidney Foundation’s ‘Sit-A-Thon’ on 24 and 25 August 2019 to inspire positive changes in the daily lives of the community for good kidney health. Activities during the eight-hour session included a challenge where participants pedalled for 50 minutes on stationary bikes. 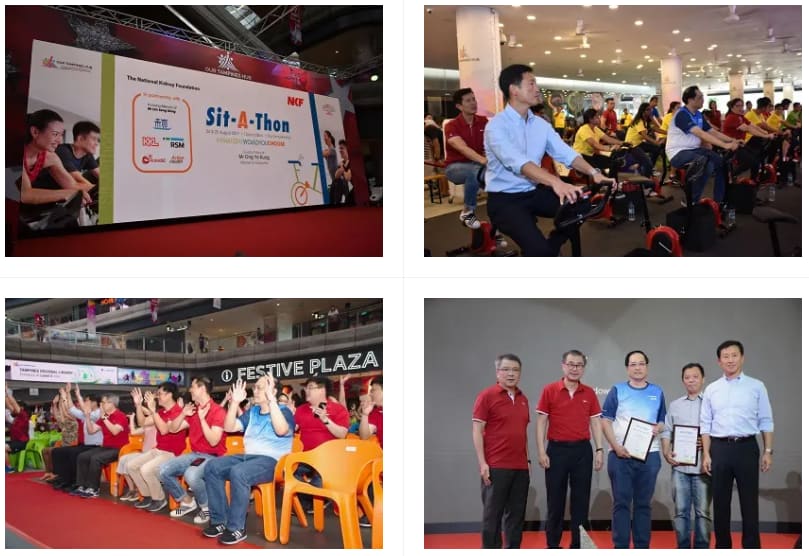 Over 130 RSM volunteers took part in the spring cleaning activity on 1 Jun 2019, which saw them decluttering, cleaning and sprucing up the homes of 25 fellow elderly and needy residents living in single rented flats at the Kembangan-Chai Chee district. We are humbled by the presence of Mr Tan Chuan-Jin, Speaker of the Parliament of Singapore, who supported the event and gave an enlightening speech to the group of volunteers.

Woo E-Sah, Partner & Industry Lead for NPO Practice, represented RSM to receive the Award from Deputy Prime Minister Teo Chee Hean, who graced the event as the guest of honour. 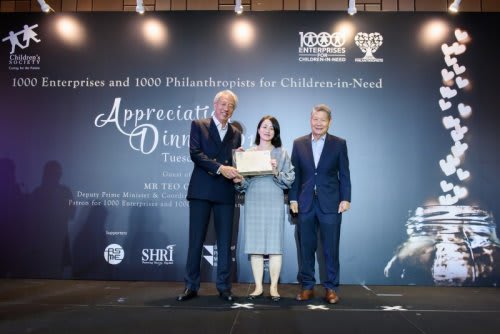 Our 2019 calendar featured artworks from inmates of the Visual Arts Hub (VAH) of the Singapore Prison. 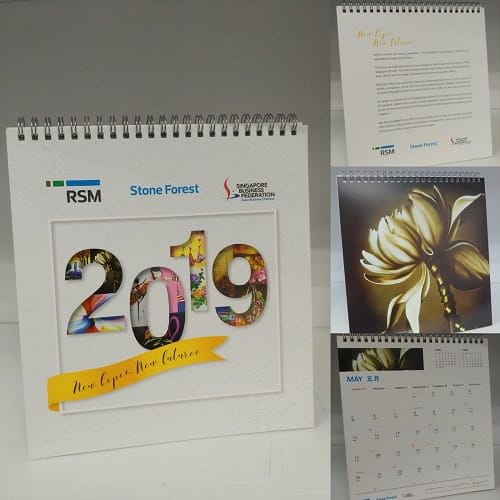 Preparing meals for the needy at Willing Hearts soup kitchen

Our volunteers cooked up a storm at the Willing Hearts soup kitchen on 24 November 2018 where they prepared and distributed meals to the needy in Singapore. 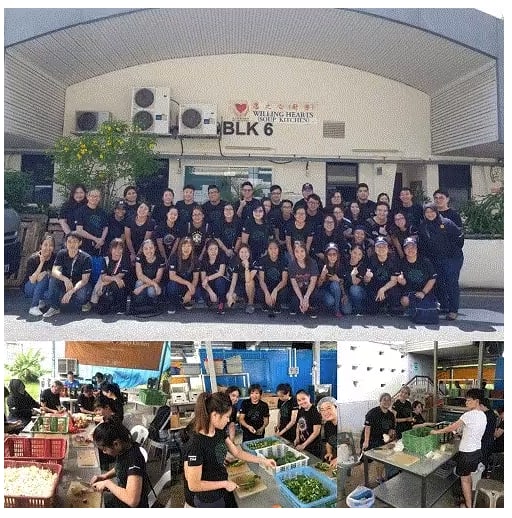 RSM volunteers joined the National Kidney Foundation’s four-hour ‘Sit-A-Thon’ on 15 September 2018 to better understand what it is like to be in kidney patients’ shoes during their thrice-weekly dialysis sessions that last just as long. The event also sought to raise awareness on the importance of kidney health. 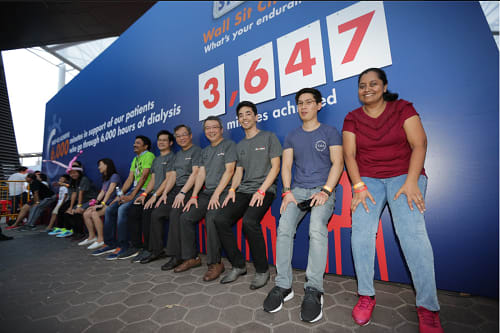 RSM was presented a 1000 Enterprises for Children-in-Need (1000E) Award in recognition of our participation as a Leading Enterprise supporting Singapore Children's Society's 1000E fund-raising programme, which aims to transform the lives of children in need. 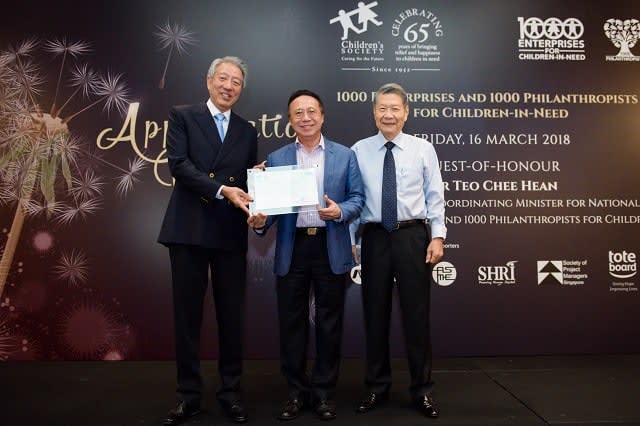 Elderly residents from SASCO Senior Citizens’ Home were treated to an afternoon of fun art and tech, in celebration of the mid-autumn festival. Forty volunteers from RSM initiated the more adventurous elderly to online games and helped the rest paint personalised creative lanterns.

Christmas Lunch for the elderly at SASCO Senior Citizens’ Home

Participation in Frost the Trail 2012, a corporate charity run organised by Frost and Sullivan.

Firm teams up with Food from the Heart once again to distribute food to needy families and the elderly.

One of the key sponsors for myMosaic, and to support our client - Chye Lee & Sons Pte Ltd - and its adopted charity, the SACS Family Care Centre.

Raised $103,838 for The Straits Times School Pocket Money Fund. Guests were invited to donate money in lieu of sending flowers for its new office opening and the sum was matched dollar for dollar. Read more 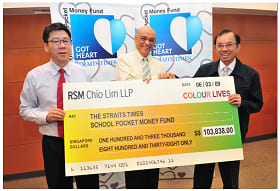 Contributed over S$100,000 to various charities.

Donated close to S$120,000 to several charities including the Singapore Red Cross Society, the SGX Bull Run and the Rotary Club of Queenstown which received S$10,000 each.

Produced and sponsored a 2005 desk calendar with the theme of "A Tribute to Growing Businesses" to commemorate the 20th Anniversary of the firm's founding. Together with a handful of clients, S$168, 000 was raised for the benefit of 16 charities.

Management and staff of the firm also raised close to S$22,500 for the Singapore Red Cross Society Humanitarian Assistance to the victims of Tidal Waves Asia.

Produced and sponsored the sale of calendars in aid of Chung Hwa Free Clinic. A total of S$35,000 was raised.

A charity drive in aid of the Home Nursing Foundation was organised, where S$77,700 was raised.