In late 2019 we wrote about the impact of Treasury Laws Amendment 2019 Tax Integrity and Other Measures No 1 Bill 2019 on farmers holding vacant land. We discussed how the change in legislation meant that taxpayers could lose tax deductions including land tax, council rates, and maintenance costs for expenditure incurred in the holding of vacant land.

The changes, that don’t just impact farmers, apply when the vacant land is not held for the purpose of genuinely producing assessable income.

The following explains the definition of ‘vacant’ land. 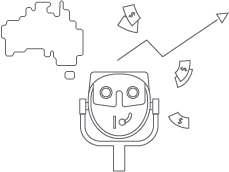 The circumstances under which the amendments do not apply, include if:

It is the clause ‘exceptional circumstances’ in which landowners will find relief from the recent bushfires. For those unlucky enough to be affected by the devasting bushfires, all is not lost from a tax perspective.

The bushfire itself is deemed an exceptional circumstance  - an unforeseeable event beyond the landowner’s control which is the sole reason the land is now rendered vacant - meaning the taxpayer does not stand to lose tax deductions where the land is vacant.

In order for those affected by fires to be eligible to (continue to) claim expenses, one of the following conditions must be met: 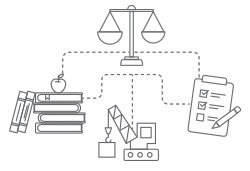 Essentially, the taxpayer must have satisfied the general requirements to deduct the cost of holding the relevant land, despite restrictions before the fire occurred.

For those claiming deductions on their vacant land due to exceptional circumstances, a three-year limit applies from the date of the bushfire.

The three-year time period may be extended on application to the Commissioner of Taxation with an explanation including reasons for requesting an exemption and details of steps taken to rectify the problem.

To assist in illustrating the treatment of ‘vacant’ land following the bushfires we have included two examples below.

Under the ‘exceptional circumstance’s’ exemption, the taxpayer must keep written records of the nature of the exception and the impact the resulting circumstances had on any substantial or permanent structures on the land.

These records must be kept for a period of five years after the end of the income year in which the expenditure was incurred.

Please contact your local RSM adviser for clarification as the amendments and exceptions can prove difficult to interpret and apply.