Cybersecurity crops up more and more frequently in IT industry analysis, and for good reason. Per IBM’s 2019 Cost of a Data Breach Report , the average total cost of a data breach was $3.9 million, with well over 25,000 records exposed on average. Dealmaking in cybersecurity is on the rise as more companies, both large and small, look to augment their capabilities and shore up the security of their various lines of business.

“While only the data breaches from large enterprises receive media attention, 96% of cyber insurance claims come from small and medium-sized enterprises (SMEs),” says Nitin Shah, director of cybersecurity due diligence at RSM US LLP. “With increased financial losses from cyber incidents, more SMEs are looking for external help to provide security leadership to assess and report their risk exposure.”

As companies engage third parties to more reliably assess their own vulnerabilities, they also must consider how that could play into their own growth strategies, especially in the case of an acquisition. Cyber due diligence is now increasingly a part of dealmaking, even if it still has some way to go before it is universally adopted. The acquisition process now frequently includes a review of a target company’s vendors and security protocols, especially around off-site data centers. As regulatory agencies also continue to adapt their approach to data breaches—particularly where consumers are concerned—more companies are trying to get ahead of any significant risks, prioritizing accordingly in the case of limited resources. Looking ahead, such preparation and investment are likely to become commonly accepted practices in not only technology M&A but general M&A diligence as well.

After a record-breaking run throughout the 2010s, the information technology (IT) sector closed the decade with a moderation in the mergers and acquisitions (M&A) cycle. “Even while the volume of closed deals was down, the tally of aggregate value was second-highest of all time,” says Alex Weiss, partner with transaction advisory services at RSM US LLP. “Sentiment heading into 2020 continues to be bullish, with expectations of at least another strong quarter or two. The upcoming election season could cause a slight cooling, but any politically driven impact is considered to be largely temporary.”

The dealmaking environment continues to be robust due to several key factors. Chief among them are the inexorable push of private equity (PE) buyers into software and the consolidation of companies in major industry segments. Supply-and-demand dynamics are predictably slowing the pace of prospective buyers as deal sizes ratchet up, but these strong strategic incentives propelled a healthy dealmaking rate throughout 2019.

Select arenas within IT that are top of mind for dealmakers and investors in the current environment range from cybersecurity to the enablement of commerce across multiple channels. Major tech companies continue to launch their own tools for financial applications, especially with regard to payments for consumers or enterprise customers, while retail giants look for economies of scale and additional security solutions in their provider of choice. Both those motivations continue to encourage interest in strategic partnerships and outright acquisitions across the entire tech sector and company population, from startups to publicly traded companies.

The IT M&A cycle is likely to hold strong if not at record levels going forward, given cyclical supply-demand dynamics and strong economic and industry drivers. However, the stakes are relatively higher given how large median deal sizes and multiples have been trending. This means acquirers and sellers alike are engaging with third parties or preparing further in advance to bolster their chances of success. It must be noted that the current market is perceived as favorable for sellers, with attendant implications for dealmakers.

“Speed to close and the ability to conduct proper diligence during a truncated timeline are foremost in our client’s minds,” says Weiss. “As the competition continues to run hot, sellers are able to demand faster timelines, which makes it that much more important to develop a network of trusted advisors that can be leveraged during sprints.”

Consequently, the pace of dealmaking may enter a paradoxical state where the transactions in progress move swiftly; but as other firms look to build out trusted networks of third parties to be able to move at similar speeds, the volume of closed deals diminishes further. In short, fewer deals will close overall, but those that do will close swiftly. 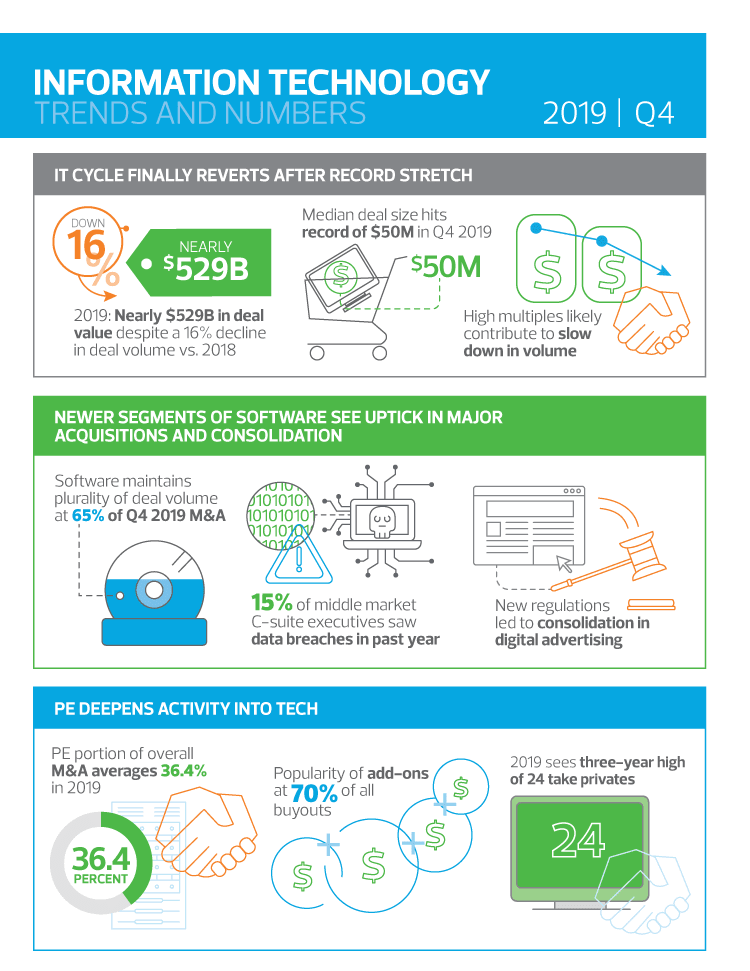