Farm succession planning has been described as developing a strategy to work out whether someone will take over the farm or whether it will be sold when the owner retires or dies.

It is estimated that more than 50% of farmers will retire or semi retire in the next 10 years. Retirement means different things to different people.

It could mean leaving the farm altogether, it could mean scaling back to a smaller operation, say just running a few low maintenance sheep or even remaining on the farm but leasing the land.

One thing is for certain through attrition and retirement; farming is facing a critical labour shortage which will probably be solved by importing full time foreign labour and continual improvements in technology and innovation.

In my experience, the older generation often express the following concerns:

How will we finance our retirement?
How do we allocate our assets fairly between farming and non-farming children?
When should we hand over the farm to our child or children?
How do we protect the farm in the event of a child's relationship breakdown?
How do we avoid a Will challenge?

However before we address these concerns, a succession plan needs to be developed. This will often mean a number of discussions and the plan may need to cover say the next ten years. The plan will need to have some flexibility to cope with changes in the laws, not to mention variations in climate and commodity prices.

Examples of the need to have a medium to long term plan could include the 5 year Centrelink asset deprivation rules or the myriad of superannuation rules that apply when you turn 57, 60, 65 and 75.

Firstly, the Assessment of the current family situation. This would include their ages, their health, dependents, education and housing needs and any special circumstances that should be considered in the farm succession plan.

The Assessment should always include details of all farming and non-farming assets, together with the debts of all family members. The profitability of the farming operation and the capacity to derive income away from the farm also needs careful assessment. Handing over a non-viable farm may be akin to child abuse.

Secondly, the Aims of each generation should be clearly articulated and written down to achieve clarity. All parties need to understand each other’s aspirations and future plans.

For example, the older generation should clarify when they wish to retire, what they will need as retirement income, where they want to live, what is the arrangement if aged care is required, do they wish to help on the farm at peak times for instance.

Similarly the younger generation need to indicate when they wish to take over the management of the farm, whether they are willing to support their parents in retirement and/or pay out non farming children's inheritances. 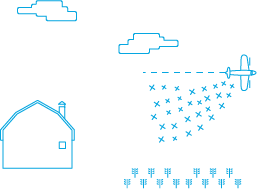 Thirdly, farm succession planning will always require Advice. No one adviser has expertise in all areas. Typically knowledge and advice will be sought in the following areas:

The final “A” is Action. Every succession plan needs to list an Action plan, together with who has the responsibility to implement the plan. Action not procrastination, the time to start talking succession is now.

Important:  This is not advice.  Items herein are general comments only and do not constitute or convey advice per se.  Also, changes in legislation may occur rapidly.  We therefore recommend that our formal advice be sought before acting.

Do you have a question or want to know more about farm succession planning?

Take a look at other related articles